7 Easy Ways To Get Your Financial Life in Order

For lots of people, it’s hard to think of anything less enjoyable than taking stock of their finances. From monthly bills to saving for retirement, spending brain power on these obligations can be about as attractive as a day at the dentist.

But like regular dentist visits, it’s important to do a personal economic checkup every few months. Otherwise, you might face nasty — and expensive — consequences down the road. The good news? There are simple ways to keep track of how you’re doing.

Here’s how to know if you’re in good financial health in seven different categories.

It’s important to have enough money stashed away so you can weather a sudden major expense or job loss without having to take drastic measures, like dipping into your retirement savings. “The first thing you want to do is create that emergency savings account,” says Matthew Cosgriff, a financial planner with BerganKDV. He recommends saving three to six months’ worth of living expenses in an easily accessible account. Bump that up to nine months’ worth if your income is more unpredictable.

For those nearing retirement, calculating their current savings against their later needs may be the clearest way to judge their finances. According to Geoff Sanzenbacher, a research economist at Boston College’s Center for Retirement Research, the average person needs about 70% of their current annual income to maintain their standard of living after they stop working.

For someone making an average of $50,000 a year over their career, Sanzenbacher recommends saving about nine times their income if they plan to retire at 65. (Those making significantly more will need to save more because Social Security won’t mean as much.) However, he adds that people must be honest with themselves about how long they can work, because retiring sooner—at, say 62—requires significantly more savings.

For young people just getting started on saving for retirement, staying on track is much easier. Just make sure you stick to a 10% savings goal. “If you’re a 25-year-old and you’re thinking of working until you’re 65, then saving 10% of your income is exactly the right number,” says Sanzenbacher. But wait too long to start, and he warns things can get out of hand. A 35-year-old with an empty retirement account would need to save about 20% annually until they retire.

It’s easy to decide you want to save for retirement, but deciding how to allocate those savings is harder. A common question when dealing with a 401(k), for instance, is how much money to put in stocks versus bonds. Stacy Francis, President of Francis Financial, has a simple answer: “Take 100 and subtract your age, and that’s the percentage that you should have invested in stocks.”

Pay attention to fees, too, which can be just as important as where you put the money. “I would urge people to really be aware of the underlying mutual fund fees,” says Cosgriff. “Anything over 75 basis points (.75%) is getting pretty high.” Low-cost index funds, such as Vanguard’s Total Stock Market index fund or target date funds, are considered a good investment option for many people and can have expense ratios of under 10 basis points.

When most people think about insurance, their car, home and health plans are the first things that come to mind. But Francis says that those products alone aren’t enough. “Unfortunately there are other types of insurance that people need that aren’t legally mandated, such as life insurance and disability insurance,” she says.

Many employers offer disability insurance plans, though prices will depend on your income. Life insurance, meanwhile, is cheaper when you’re young. For Americans over 50, long term care insurance, which covers expenses like nursing homes or in-home care, is also advisable. “Most of us think our health insurance will cover us for those types of things, but health insurance typically has limited coverage,” Francis says.

Debt isn’t necessarily a bad thing — it depends on who you owe. “There’s the good debt and the bad debt,” says Francis. “You would expect to potentially have student loans, a mortgage, maybe even an auto loan. What we really try to shy away from is any type of payday loan or credit card debt.”

Cosgriff says a helpful rule of thumb is to make sure your total debt payments—including your house, car, credit card and student loans—don’t exceed 36% of your annual income. (Although less debt is always preferable.)

The conventional wisdom is to pay only between 25%-30% of your income for housing, including utilities, taxes, and other costs. However, urbanites can break this rule if they’re saving in other ways.

“We do see in metro areas a good number of people who pay significantly more than 30% toward housing, but have other areas where they don’t have costs—for example, they may not have a car,” says Francis.

Most people understand credit scores are important. But they’re probably more vital than you think. An ideal credit score is 750 or above. Francis says that those with a credit score below 650 are generally only eligible for subprime loans, which typically carry higher rates.

Credit scores can also affect more than just a home or auto loan. “Even the cellphone offers you get in the mail are targeted to you based on credit score,” Francis warns. “Some jobs even check credit scores because they have a correlation with someone being responsible.” You can check your credit score for free once per year at annualcreditreport.com. 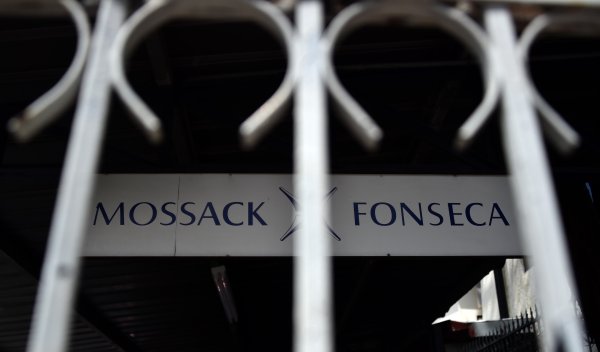 The Panama Papers' Love Connection
Next Up: Editor's Pick