Belgian police released new photos on Thursday in a request for public assistance finding the “man in the hat,” who was caught on surveillance arriving to the Brussels airport with the two bombers March 22.

In ongoing efforts to track down the man suspected of leaving a bomb at the airport, the police are asking for anyone who saw him walking into the city during the hour following the attack, as well as for information on a light-colored coat he removed during the walk, Reuters reports.

“It is especially the coat which interests us,” said prosecutor Eric Van Der Sypt.

The investigators had previously released his image, in which his face was obscured by a dark colored hat. The man kept the hat on while he walked into Brussels. The three bomb attacks killed 32. 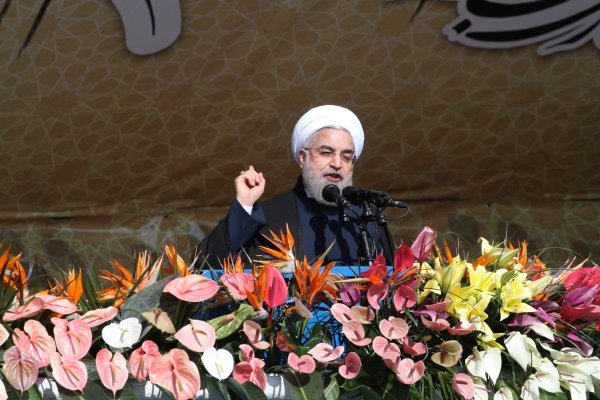 Iran's President Says His Country Is Not a Threat
Next Up: Editor's Pick