Review: Jake Gyllenhaal Does All the Heavy Lifting in Demolition

Some actors’ faces are just made to play grieving husbands—or a grieving anyone—and Jake Gyllenhaal’s is one of them. In Demolition, directed by Jean-Marc Vallée (Dallas Buyers Club, Wild), Gyllenhaal plays distracted investment banker Davis Mitchell, who comes unglued when his wife dies in a car crash. At the hospital, just as he gets the news, he tries to buy peanut M&M’s from a vending machine. The packet gets caught in the chrome spiral that, under normal circumstances, should work with supreme efficiency, a frisson of everything that’s about to go wrong with him.

Like an obsessive nutjob—which, temporarily, he just may be—he dashes off a letter to the vending company, though his litany of suffering goes far beyond the basic request for a refund. Customer-service rep and single mom Karen Moreno (a calming and cogent Naomi Watts) responds sympathetically, though it takes a while before she can truly get through to him: first, Davis must go through a period of literally destroying the evidence of the life he shared with his late partner, even as he reckons with all the ways in which he failed her.

Vallée, working from a script by Bryan Sipe, packs in too many symbols and potent signifiers—some are harmless, others are literally sledgehammer heavy. The movie doesn’t need all that when it’s got Gyllenhaal. Davis was in the car during the accident that killed his wife, but he emerged with barely a scratch. All of his damage is on the inside, and Gyllenhaal expresses that in controlled doses. He shows grief as a kind of force field, discombobulating until you get used to dealing with its unpredictable pulses of energy. His eyes, like those staring out from a Paul Klee painting, are intense, a little deranged, but hungry for life. 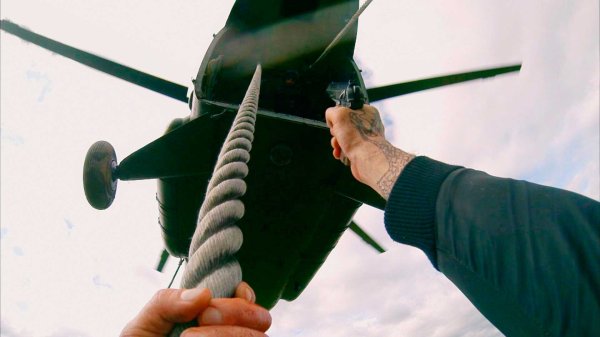