A Brief History of British Royal Visits to India

Diana, Princess of Wales, poses alone at the Taj Mahal during her visit to India on Feb. 11, 1992
Anwar Hussein—Getty Images
By Rishi Iyengar

Prince William and Princess Kate, will touch down in Mumbai on Sunday to begin their first visit to India, a weeklong trip that will also include a brief detour to the neighboring kingdom of Bhutan.

While the Duke and Duchess of Cambridge — as the royal couple are also styled — have said they look forward to “creating some new memories” during the highly symbolic sojourn, their visit is not without precedent.

Here’s a look at previous visits by members of the British royal family to a nation that, until 1947, was the jewel in the crown of the British empire.

1. Queen Elizabeth II
The first monarch to be crowned after India’s independence from British colonial rule, the Queen has visited India on three occasions. The first of those visits came in 1961, when she and her husband Prince Phillip toured the country’s biggest cities like Mumbai, Chennai and Kolkata (then called Bombay, Madras and Calcutta respectively). They also visited India’s most recognizable monument, the Taj Mahal, and were the guests of honor for India’s Republic Day Parade that year.

A second visit in 1983 for the Commonwealth Heads of Government Meeting was followed by a remarkably contentious trip in 1997. Meant to mark 50 years of India’s independence, the tour quickly soured over a series of gaffes, including controversial remarks over the disputed region of Kashmir by then British Foreign Secretary Robin Cook — which reportedly prompted Indian Prime Minister I.K. Gujral to call Britain a “third-rate” power. There was also a wreath-laying ceremony at the site of an infamous massacre by British colonial soldiers.

The Queen has not visited India since.

2. Princess Diana
A darling of the public eye, Prince William’s mother’s 1992 visit to the South Asian nation with her husband Prince Charles was treated with much fanfare. Visits to multiple schools showcased her well-documented ability to bond with young children, and resulted in some touching photographs.

The most memorable image from the trip, however, was recorded — yet again — at the Taj Mahal. Diana visited the famous structure alone while Charles addressed a gathering in Bangalore, adding fuel to already-swirling rumors that their marriage was in trouble. The rumors would turn out to be true, as the royal couple announced their separation later that year. The photograph of Diana, seated in front of the Taj, has become one of the most iconic images captured at the monument.

3. Prince Charles
The Prince of Wales is a known Indophile, having visited the country eight times beginning in 1975. He famously proclaimed, at the Taj Mahal during his second trip to India in 1980, when he was a bachelor, that he would one day return there with his wife. That prophecy was not fulfilled with Diana but with his second wife, Camilla, the Duchess of Cornwall, on his last visit three years ago.

He has also made two official visits on behalf of the Queen — in 1991 for the funeral of assassinated Indian Prime Minister Rajiv Gandhi, and in 2010 to inaugurate that year’s edition of the Commonwealth Games in New Delhi.

William and Kate will follow in the footsteps of William’s parents and grandparents, with a visit to the Taj Mahal on April 16. They will also visit the spot where Mahatma Gandhi was assassinated in New Delhi, as well as the Kaziranga National Park wildlife sanctuary. 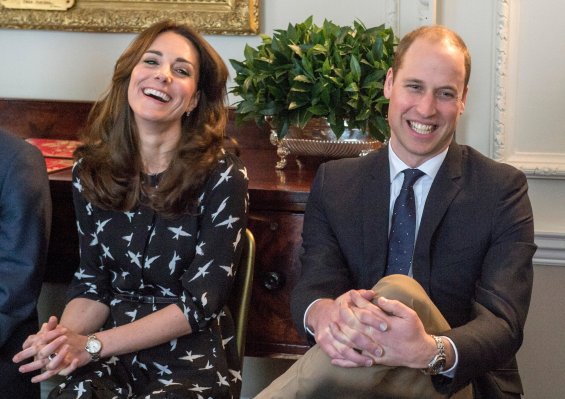 Here's What Prince William and Princess Kate Will Do on Their Trip to India
Next Up: Editor's Pick