Migrants and refugees stage a protest at a makeshift camp at the Greek-Macedonian border near the village of Idomeni, Greece, on April 6, 2016
Marko Djurica—Reuters
By Nash Jenkins

The European Union is exploring options for a “more humane and efficient” strategy in its handling and treatment of migrants who arrive in Europe.

On Wednesday, the European Commission, the E.U.’s executive council, announced in a press release that it was launching a reform process that would establish “a fair and sustainable system for allocating asylum applicants” across the E.U.’s member states. This would putatively terminate a law under which migrants apply for asylum in the country through which they first enter the E.U. Currently, that country for many is Greece, which has been a major entry point for migrants arriving from the Middle East by way of Turkey.

“Such reforms are a necessary complement to the actions undertaken to reduce irregular flows to and within Europe, and protecting our external borders,” Dimitris Avramopoulos, the European Commission’s migration and home affairs commissioner, said. 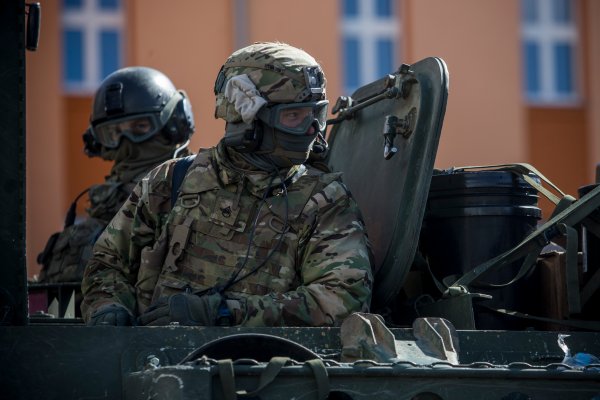 U.S. Plans to Increase Troop Presence in Europe
Next Up: Editor's Pick