Libya's Prime Minister of the self-declared Islamist-backed government in Tripoli, Khalifa Al-Ghweil delivers a speech during a ceremony marking the 75th anniversary of the army's establishment at the Martyr's Square in the heart of the Libyan capital, Tripoli, on August 13, 2015.
MAHMUD TURKIA—AFP/Getty Images
By Rishi Iyengar

The coalition ruling a large part of Libya and currently in control of the country’s capital, Tripoli, will not step down after earlier announcing it would, its leader said Wednesday.

Khalifa Ghweil said in a statement on his website that he would prosecute any members of his administration that cooperated with a takeover by a U.N.-backed national unity government, the BBC reports.

The Tripoli coalition is one of two governing bodies backed by various militias that have been competing for power since 2014. It had earlier said its representatives would relinquish control to the unity government, thereby attempting to end five years of violent sectarian conflict following the 2011 ouster of dictator Muammar Gaddafi.

The peace deal negotiated by the U.N. was agreed upon in December, but a majority of the militia factions have not yet backed the proposed central government, the BBC says. 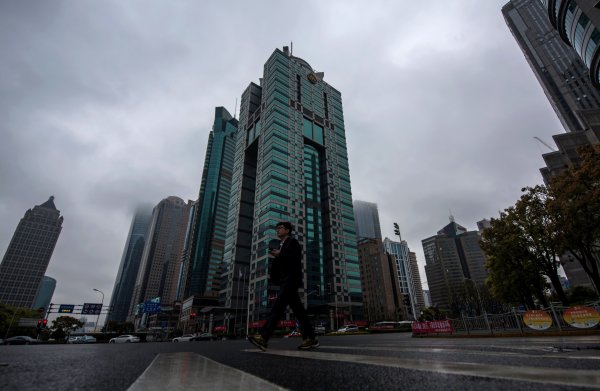