Maisie Williams has spoken about feminism in the past, but in a recent interview with Entertainment Weekly, she clarified her views surrounding the fight for gender equality.

The 18-year-old actress, who plays Arya Stark on HBO’s Game of Thrones, explained that when she first learned the word feminist, she didn’t realize why it was used as a label. “I remember thinking, ‘Isn’t that just like everyone?,'” she said. “And then I realized everyone is not a feminist, unfortunately. But I also feel like we should stop calling feminists ‘feminists’ and just start calling people who aren’t feminist ‘sexist’ – and then everyone else is just a human. You are either a normal person or a sexist.”

Read More: Maisie Williams on How Game of Thrones Treats Women and Her Dream Superhero Role

However, Williams also admitted that she sometimes balks at the idea of openly voicing her beliefs. “I sometimes really worry about speaking up about feminist subjects out of fear of being bashed by women on social media,” she said. “And there’s something not right there. Yeah, sometimes it’s men too. But there are women who are just nasty. I’m trying to do the best I can. I got a voice. I believe in equality and I know I have more power than the average person to reach people. And I just get petrified in case people are rude. You don’t want to put yourself through that.” 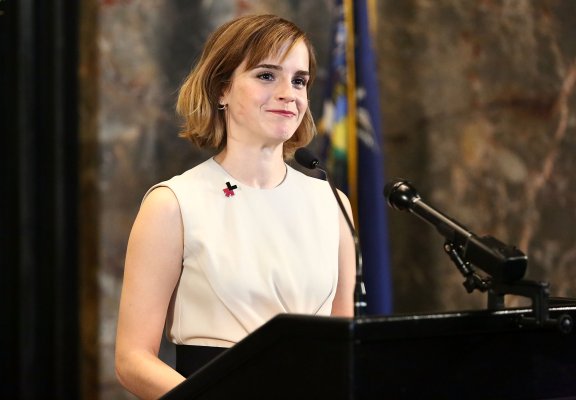 Emma Watson on the Simple Way to Fight Gender Inequality
Next Up: Editor's Pick