One day after a significant victory in the Wisconsin primary, Vermont Sen. Bernie Sanders continues to lead the 2016 TIME 100 poll, edging out President Obama and Lady Gaga among the people TIME readers think should appear on our annual list of the most influential people in the world.

Sanders’ lead in the poll, however is shrinking, from a 3-percentage-point edge over the Korean pop group Big Bang in the two days after the poll began, to a 0.9-percentage point lead on Wednesday.

Sanders, a Democratic presidential candidate, has 3.5% of the total “yes” votes as of Wednesday afternoon, well ahead of his rival, former Secretary of State Hillary Clinton, who is in the middle of the pack with 1% of the yes votes. Though Sanders is lagging far behind Clinton in the race for the Democratic nomination, he has won six of the last seven contests and helped to shape the Democratic debate with his focus on income inequality. The Vermont senator defeated Clinton in Wisconsin on Tuesday by a margin of nearly 14%.

Among celebrities, Taylor Swift, Leonardo DiCaprio and Lady Gaga are the favorites of TIME readers taking the poll. Annual favorites including Malala Yousafzai, the young Nobel-prize winning Pakistani activist, and Pope Francis are also top vote-getters. Aung San Suu Kyi, the Burmese stateswoman and Obama and round out the top politicians, with 2.3% and 2% of the yes votes, respectively. 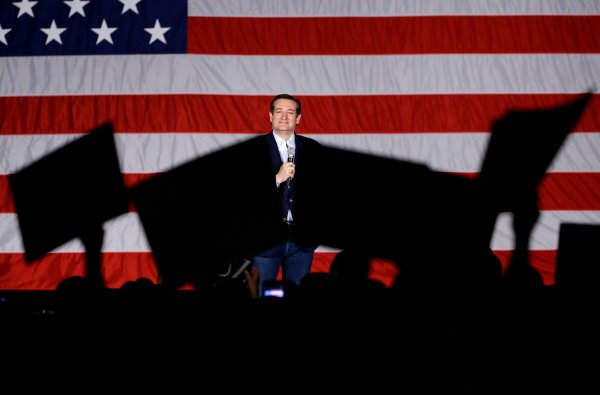