American Idol kicks off its two-part finale Wednesday night—a long spectacle whose least important part will be choosing the 15th winner of the show. After all, the lengthy broadcast will be far more about celebrating the franchise, which was for many years TV’s most successful, than about any one singer’s fortunes. And even more important, Idol‘s real impact has little to do with most of its winners.

Kelly Clarkson and Carrie Underwood, certainly, were Idol winners who converted their success on the show into real-world superstardom; other early winners, like Jordin Sparks and Fantasia Barrino, work consistently in the recording industry. But they’ve found success by moving away from Idol‘s cheesy Americana and talent-show trappings. Indeed, the show has done far more to change the television industry than it has to change music.

Consider that Idol was the first of its kind in the U.S. When it launched in 2002 as an adaptation of the U.K. Pop Idol franchise with few expectations attached, the reality genre was young. Survivor, another adaptation of European TV, had begun two years prior. And Survivor, with its focus on canny strategizing, has little in common with the flat earnestness of Idol, which promises that pure meritocracy will win out. When Survivor has a disappointing winner, it’s because the game shook out in a manner that privileged less appealing qualities. When Idol does, it’s because you—yes, you!—didn’t cast enough votes.

Five years or so ago, the question of Idol‘s winners has created an apparent death spiral; not enough people other than, it seemed, tween and teen girls were voting, and so the winners tended year after year to be inoffensively cute white male guitarists. This made viewing the show seem less urgent and further limited the voting base. Why would anyone dissatisfied with Idol watch it when all of the shows it spawned dominated the airwaves?

Idol, whose success guaranteed imitators, is the forerunner of one of the two dominant modes of contemporary reality TV, the talent-competition show (the other is Real Housewives-style candid reality, and Survivor straddles the two). Once a foreign import, reality TV is now at the very heart of original American programming. Idol‘s offspring include not only The Voice, which has stolen Idol‘s heat, but also Dancing With the Stars, Project Runway, and Top Chef. All of these shows, whether viewers are actually empowered to vote or not, are designed to feel like reassuring morality stories. The candidate with the best alchemy of winning backstory, raw talent, and hard work either takes the crown—or is cruelly denied in a manner to be resolved in the marketplace or, more likely, on an All-Stars season.

Without Idol, we might not have Amy Schumer; the comedian got her big break on NBC’s Idol-for-jokes Last Comic Standing. Fifth Harmony, the ascendant girl group who just notched their first Top 10 hit with “Work From Home,” was formed on The X Factor, Fox’s attempt to make an Idolesque show to run through autumn. Gwen Stefani’s career comeback on The Voice, Candice Cameron Bure’s post-Dancing With the Stars role on Fuller House, the restaurant in your city that got a little extra juice from its chef having been cut by Padma—all of them are proof of Idol‘s impact.

So too is the way we watch TV. Fifteen seasons is so long a time that the medium has changed around Idol. Never before the show had viewers been so directly allowed to influence what they want to happen; this coincided with a boundless expansion of programs available to watch. Viewers went from being able to choose which amateur singer got to continue on in a splashy Fox reality show to being able to choose which amateur singer to watch on YouTube. The technology would exist without Idol, but would the audience’s confidence that they’re empowered to be the one who chooses stars?

More than anything else, Idol made explicit the nature of stardom; it’s by consent of the governed. A movie star whose movies don’t sell tickets isn’t going to be a movie star forever. But that sort of hashing-out of star futures usually happens behind the scenes and over a slightly longer term than a TV seasons. Idol allowed fans to closely track the fortunes of their favorite and to exert direct influence over what happened to them. Now that we’re empowered to enter the narratives of stars’ lives by tweeting praise or criticism at them, it’s hard to believe just how thoroughly Idol itself won. 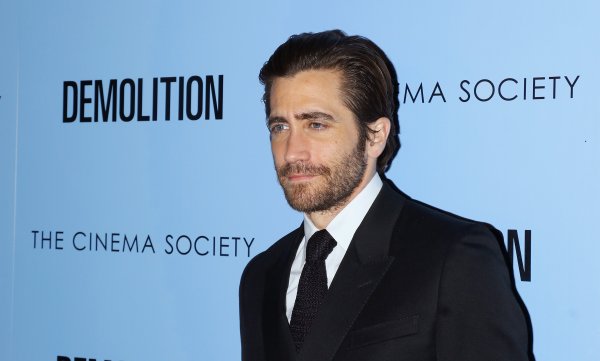 Jake Gyllenhaal on the Lesson He Learned From Heath Ledger's Death
Next Up: Editor's Pick