You can say her name, but maybe don’t smack it, smack it all over mugs and shirts you’re selling online: Beyoncé is ringing the alarm about some unofficial merchandise that (almost) bears her name.

Reuters reports that the influential pop star filed a lawsuit on Tuesday against a Texas company that has been selling merchandise with the word “Feyonce” on it—a play on the word fiancée that also references her 2008 hit “Single Ladies” and its quotable “put a ring on it” line.

The problem is, Beyoncé trademarked her own name, according to Reuters. In her complaint, filed in Manhattan federal court, Beyoncé says Feyonce Inc is engaging in “intentional, fraudulent, malicious, willful and wanton” behavior by using her name and song to sell products. She claims the Feyonce items cause her brand irreparable harm and that the company didn’t “Listen” when she asked it to stop. (Sounds like it’s a real source of “Resentment” for her.)

She also says that one of Feyonce Inc’s employees has tried to trademark Feyonce (both with and without the accent over the E), and she’s asking for unspecified damages (which could be a pretty hurtful blow to the company, especially if it’s dealing with a lot of legal bills, bills, bills.) Both Beyoncé’s lawyers and Feyonce Inc declined to comment to Reuters. 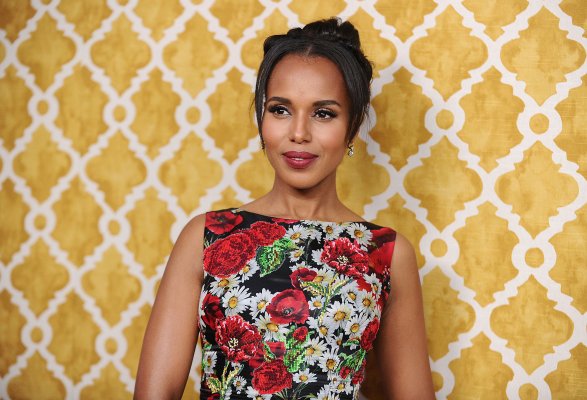 Kerry Washington Calls Out AdWeek Magazine for Photoshopping Cover
Next Up: Editor's Pick