Rolling Stones Working on First Studio Album in a Decade

Members of the Rolling Stones say they are in the studio working on their first studio album in more than 10 years.

Guitarist Ronnie Wood told the BBC that the band, which has spent much of the past decade touring arenas around the world, recorded 11 songs in two days. “Just ‘bang’—like that,” he said. “It was a surprise to us. We didn’t intend doing it.”

“We’re actually in the studio at the moment cutting new stuff,” guitarist Keith Richards also told the BBC, though a rep for the band told the New York Times that the band was “purely at the demo stage” of recording.

The band last released a record, A Bigger Bang, in 2005. At the time, the album marked the longest gap between original albums from the band.

“We didn’t spend any time rehearsing them or anything,” Wood said. “We just picked a song that suited Mick [Jagger]’s harmonica or a guitar riff” and “they worked out pretty good. It was like, ‘this is what the Stones do, we play blues.’” 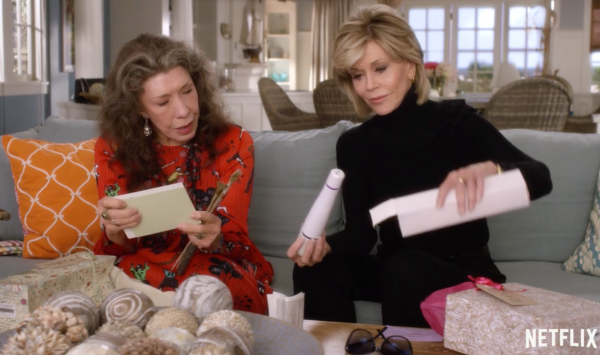 Watch The Season 2 Trailer For Grace and Frankie
Next Up: Editor's Pick