A detail of the Mossack Fonseca Geneva office plate on April 5, 2016 in Geneva, Switzerland.
Pxl8—Getty Images
By Melissa Chan

More explosive revelations will be uncovered in the Panama Papers, including the offshore dealings of hundreds of Americans, according to a lead editor of the nonprofit news organization that helped break one of history’s largest data leaks.

The release of 11.5 million confidential documents from the obscure Panama-based law firm Mossack Fonseca has caused a global firestorm, leading to the resignation of Iceland’s Prime Minister and the head of global corruption watchdog Transparency International’s Chile branch on Tuesday.

But the fallout from the yearlong investigation is far from over, according to Michael Hudson, a senior editor at the International Consortium of Investigative Journalists (ICIJ), which published the documents. “We see more coming out,” Hudson, 54, told TIME on Tuesday. “We’ve done a lot of searches and a lot of work, and we’ve obviously found what we believe is important information, but we’re going to continue working on reporting. This is the start, not the end.”

At least 200 Americans who are linked to offshore companies have been discovered in the records — some of whom have been convicted of serious financial crimes, Hudson said. The New York-based editor, who has worked for the ICIJ for more than four years and joined the project six months after it began, said that information will trickle out as hundreds of journalists across the globe continue to pore over the papers. “We’re still looking,” Hudson said. “We’re still digging.”

To date, the ICIJ has found no U.S. politicians of any stature mentioned in the papers. But a dozen current and former world leaders, including Ukrainian President Petro Poroshenko and Saudi Arabian monarch King Salman, have been implicated, as well as some of their closest allies and family members. “This is not just about a few names, a few individuals,” Hudson said. “It’s about a system. It’s about how the wealthy and powerful use the offshore system.”

The ICIJ, a nonprofit news organization based in Washington, D.C., started tackling the massive undertaking about a year ago after the German newspaper Suddeutsche Zeitung was contacted by a source who claimed to have access to a trove of information from Mossack Fonseca, including accounts related to dozens of prominent European politicians. The newspaper then reached out to the ICIJ. “Many stories are much too complex and too global and too hard to get out for a lone wolf investigative journalist,” Hudson said. “It takes partnerships.”

Hudson would not identify the source, but said that the person did not want any money for the leak.

“The source believed that improper things were going on and information needed to get out,” Hudson said. “The source was worried about danger, about what would happen in terms of retribution.”

The team of about a dozen staffers soon learned the magnitude of the content inside those papers, which shed light on an underground economy in which powerful people were hiding cash in offshore havens around the world. “Within the first few months, people were really realizing, ‘Hey, there’s a lot of really important stuff,’” Hudson recalled. “The sheer size of the data, the fact that we had world leaders in the data — it was clear this was important.”

The ICIJ then enlisted the help of more than 370 journalists in more than 70 countries from more than 100 news organizations to dig through the data. They used a double-password protected and encrypted website to share documents and discuss findings. “It was sort of like a Facebook for journalists,” Hudson said. “It just became this amazing hive of people working together.”

They all agreed to publish at the same time on April 3 — even though there was still data to comb through. “We felt like we were ready. It was time,” Hudson said.

The impact of the Panama Papers has been significant. Iceland’s embattled Prime Minister Sigmundur David Gunnlaugsson plans to resign amid the controversy over his offshore holdings, and President of Transparency Chile Gonzalo Delaveau has already stepped down from his post.

The scandal has also prompted global outcry for transparency, including calls from U.S. President Barack Obama for international tax reform. The U.S. Justice Department has said it is reviewing the documents to see if there is evidence of corruption that could be prosecuted in the U.S., according to the Wall Street Journal. “You wonder if that kind of thing is going to happen,” Hudson said about the worldwide reaction to the massive data leak. “But you’re not aiming for that. You’re aiming to get that information out.”

The ICIJ, in its coverage of the Panama Papers, frequently reiterates that there is no evidence that some of the notable figures mentioned in the documents used the offshore companies for improper purposes. However, the records provide important insight into the secretive system that is often used as tax havens for money laundering and corruption, Hudson said.

“I think the biggest thing the Panama Papers has revealed is that regardless of ideology or political party, powerful people, especially high-level politicians, and their families and people closely connected to them are using offshore,” Hudson said. “And that’s one way that the Prime Minister of Iceland and the President of Ukraine and the King of Saudi Arabia are all connected in this world.” 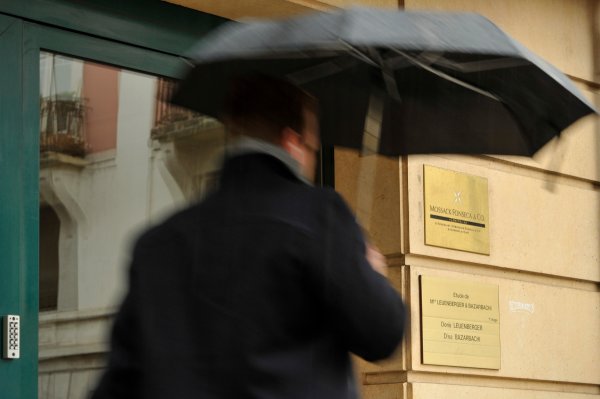