Republican presidential candidate Donald Trump speaks during a campaign event at the Milwaukee Theatre in Milwaukee, Wisc., on April 04, 2016.
The Washington Post/Getty Images
Ideas
By Andrea Miller
Andrea Miller is the President of the National Institute for Reproductive Health Action Fund.

When Donald Trump said last week that if abortion were banned, “there would have to be some form of punishment” for women who have them, his fellow GOP presidential candidates and anti-abortion leaders were quick to jump in to disavow his claim. Too quick. Even Trump himself tried to backpedal, later saying he would punish doctors who provide abortions, not women—as if the consequences of criminalizing medical professionals for serving their patients are negligible.

Trump’s comments may have shocked many, but the fact is that banning abortion is a goal shared by other, allegedly “less extreme” presidential candidates, sitting governors, and federal and state legislators across the country.

Laws against abortion have proliferated throughout the states in recent years: According to the Guttmacher Institute, 334 abortion restrictions have been enacted since January 2010—making abortion much harder to access. Many clinics have closed down, and women in a majority of states must jump through multiple, medically unjustified hoops—state-mandated medical falsehoods, forced delays, several trips to a provider, no insurance coverage and more. We know that this concerted effort to gut, if not fully reverse, Roe v. Wade won’t end abortion. It will just lead to more incidences of women with no alternatives, other than ending their pregnancies on their own.

So, the real question we should be asking any candidate or movement leader who would ban abortion is: If you make abortion a crime, and a woman ends her own pregnancy, would you send her to jail? And, how much time should she do?

Sending a woman to jail for having an abortion on her own is not a vision of a dystopian future. It is not a hypothetical. It’s real, and it’s already happening.

According to the Self-Induced Abortion Legal Research Team at UC Berkeley, there are currently 17 known arrests or convictions in connection with alleged self-induced abortion in the last decade or so.

Purvi Patel is currently serving a 20-year prison sentence after being convicted in Indiana of both feticide and neglect of a dependent when she allegedly ordered the medication abortion pill online. Jennie Linn McCormack, an Idaho mother of three, self-induced an abortion after purchasing pills online because she could not afford to travel to the nearest clinic hours away, a burden compounded by Idaho’s 24-hour mandatory waiting period. She was charged, in a fit of creative prosecuting, under a 1972 law that an abortion had to be performed by a doctor. The charges were eventually dropped, but they wouldn’t have been if abortion were illegal in Idaho; she could simply have been charged with murder.

A recent study by the Texas Policy Evaluation Project at the University of Texas in Austin found that in Texas more than 100,000 women may have attempted to end a pregnancy on their own without medical assistance. But many used unsafe or even life-threatening methods that harken back to the days before Roe, but some were able to obtain Misoprostol, a medication that when taken correctly, can induce a miscarriage and safely end a pregnancy with very little risk. Today, about one-third of abortions take place at health-care facilities using legal medications, and, in the 15 years since this became available in the U.S., more than 2.75 million women have obtained medical abortions at health facilities.

With anti-abortion legislation limiting many pathways to accessing abortion care, and medication abortion changing the way women can terminate a pregnancy, candidates and lawmakers are forced to grapple with the question of what to do when a woman takes matters into her own hands. We should not let any candidate seeking public office to sidestep this question.

Trump’s statements, while deviating from the anti-abortion playbook, reveal a simple and profound truth about outlawing abortion. Make no mistake: Banning abortion will result in women going to jail. The only question remaining, then, is how much time should she do? 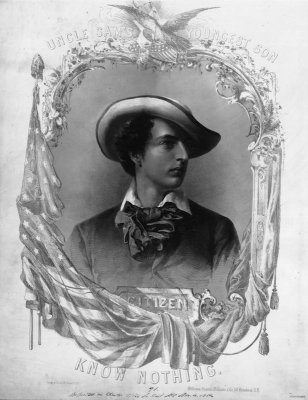 How the Republican Party’s Founders Defeated Xenophobia
Next Up: Editor's Pick