How 'Flexible Glass' Could Change Everything About Technology

A few months back, I was invited to meet with SCHOTT, a German glass firm visiting San Francisco to show off what they call “flexible glass.” Company representatives showed me an ultra-thin sheet of glass that could be flexed and bent like a piece of paper, without breaking.

This wasn’t the first time I’d heard of flexible glass. That came in 2012, at the consumer tech trade show CES. There, Corning’s glass chief showed off a bendable glass codenamed “Willow.” Coverage of Corning’s creation was glowing, hinting that it could open the doors to all types of new electronic devices.

The more I thought about flexible glass after meeting with SCHOTT, the more I wanted to see how far along Corning’s work had come. So on a recent trip out east, I ventured to the company’s upstate New York headquarters to find out just how close we are to using flexible glass in everyday gadgets.

My first taste of Willow was a very early version of the idea. On my recent trip, I found that it’s come much father along. It’s now being produced in giant sheets that need to be laser-cut to exacting specifications. But it’s being used primarily in commerical, not consumer, applications.

Consumers gadget firms are chomping at the bit to get their hands on bendable glass. One potential product: A “bracelet smartphone.” At least two major tech companies have this concept in mind. Both sport a three- or four-inch screen that wraps almost entirely around the wearer’s rest. The device would then act just like our smartphones do today, sporting a color screen and all. Another idea: A “foldable smartphone,” which could act more like a paper book than an electronic handset.

That’s exciting stuff. Still, the folks at Corning say more needs to be done before those ideas become reality. We would need bendable computer chips and batteries, for instance. Screens are one thing, but components are another challenge altogether.

Still, the fact that companies like SCHOTT and Corning are working on “bendable glass” at all is encouraging technology companies to think up all sorts of new designs for smartphones and other gadgets that would have seemed impossible just five years ago. Lots of work still needs to be done to deliver a bendable device. But gadget firms are constantly desperate to shake things up by inventing wholly new product categories. I suspect we’ll see tangible results in the not-too-distant future.

Tim Bajarin is recognized as one of the leading industry consultants, analysts and futurists, covering the field of personal computers and consumer technology. Bajarin is the President of Creative Strategies, Inc. and has been with the company since 1981 where he has served as a consultant providing analysis to most of the leading hardware and software vendors in the industry. 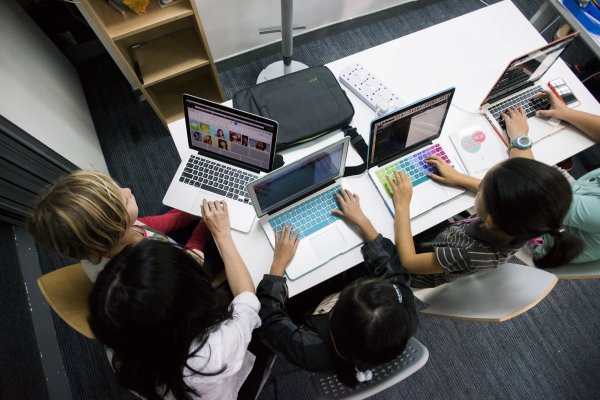 Why Schools Should Teach More Than Basic Coding
Next Up: Editor's Pick