U.S. Secretary of State John Kerry on Tuesday called on private businesses to move rapidly away from fossil fuels—both to prevent devastating climate change and to drive global economic growth.

The address, delivered at the Bloomberg New Energy Finance Summit in New York, comes as the Obama administration continues to push for expanded commitments to address climate change. Obama and Chinese President Xi Jinping on March 31 vowed to sign the Paris Agreement to address global warming later this month and encouraged leaders of other countries to do the same. And on Monday the White House issued a new report showing that climate change could damage public health in the U.S.

The administration’s message—present in Kerry’s speech and in many White House policies pushed in recent years—has emphasized that government regulation cannot solve climate change on its own. White House officials like Kerry have focused on engaging business leaders as well as politicians, and policy announcements have often been paired with commitments from large businesses like Goldman Sachs, Google and Walmart.

Read More: How Climate Change Could Spread Diseases Like Zika

“Government can provide the structure, the incentives, the framework, but… it’s the private sector that will ultimately take us to the finish line,” Kerry told more than 1,000 business leaders in the energy space. “Clean energy is one of the greatest economic opportunities the world has ever seen.”

Global businesses have shown increased willingness to tackle climate change in recent years as the costs of clean technology have declined and the number of customers interested in clean energy has skyrocketed. Kerry—who focused on global warming for decades as a senator—noted that only 13 representatives attended the first United Nations talks on climate change in 1992. More than 1,000 businesses sent representatives to Paris in December to support a climate agreement.

But there’s still a great deal of opposition from the private sector on climate action—especially from businesses in the fossil fuel sector, like coal and oil. And while the number of big, international corporations that express support for climate action has been rising, those firms that have a lot to lose have shown no sign of giving up.

Kerry pointed to rising sea levels, temperature spikes and flooding as evidence that failing to act quickly enough would have dramatic consequences for the planet. His speech came on the heels of a number of alarming studies, including one recent paper arguing that melting of the Antarctic ice cap could lead to as much as 3 ft. (1 m) of sea-level rise by the end of the century.

“Every person on the planet has an interest in making sure that transition happens as soon as possible,” he said. “We have the opportunity to transform the way people live and safeguard the future for generations to come.” 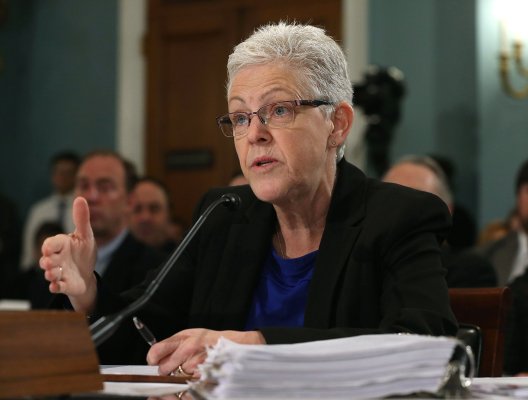