It was a jaw-dropping moment, literally.

It seemed like it would be impossible to top UNC player Marcus Paige’s one-legged three-pointer that tied UNC with Villanova with 4.7 seconds left in the March Madness championship game on Monday night. But then Villanova’s Kris Jenkins buried a game-winning three in the last second, crushing the Tar Heels’ hopes and stunning the stadium—especially this security guard.

It’s theoretically his job to watch the crowd, not the game, but this unnamed security guard was sneaking a look at the last-second play when Jenkins improbably won the game. Could one man’s incredulity better represent the surprise of a nation?

Indeed, Villanova’s coach, Jay Wright, seemed to be the only person in the stadium that didn’t go into shock. The guy barely cracked a smile.

Wright said after the game that Villanova had practiced the last-second play often throughout the season. This was Villanova’s second national championship. 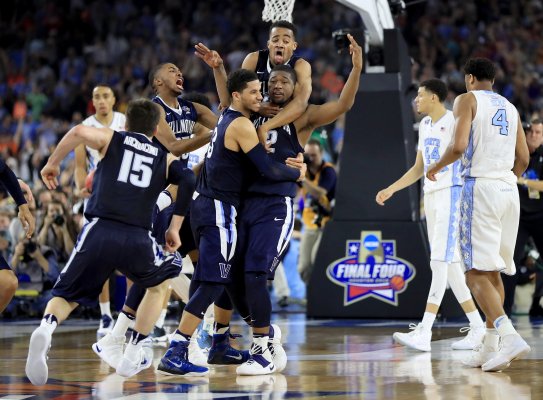