Here's How Much Baseball Games Will Cost You This Season

The Boston Red Sox play a game against the Houston Astros at Fenway Park on July 5, 2015 in Boston, Massachusetts.
Rich Gagnon—Getty Images
By Jonathan Chew / Fortune

So you want someone to take you out to the ballgame. With the start of this year’s Major League Baseball season underway, here’s how much it would cost for a day out at the ballpark.

The average cost would be $77.92 for two people, according to a study of MLB stadium prices by interest rates aggregator GOBankingRates. That estimated total is made up primarily of the anticipated cost of MLB tickets this year, which the company expects will come in at $41.41 for a pair of tickets, averaged across all 30 major league ballparks.

Spending doesn’t stop there. The estimated total also includes purchases that most fans make at a typical baseball game: food, beverages and parking. Using last year’s stadium prices, you can expect to pay around $8.73 for two hot dogs, $11.89 for two beers and $15.89 for a few hours’ worth of parking at a game.

How much you’re likely to fork out at an MLB game, however, does differ from ballpark to ballpark. The gap between the cheapest and most expensive stadium is around $110, and that’s not including the cost of other possible items like souvenirs and merchandise.

So what’s the cheapest ballpark to watch an MLB game? Here’s a full list of stadiums, with the total amount it would cost for a pair of baseball tickets, two hot dogs, two beers and parking at each one.

The cheapest ballpark belongs to Angel Stadium—home of the Los Angeles Angels—and proves to be great value to watch a team that just missed the playoffs last year and features one of the game’s best players, Mike Trout. The team boasts the lowest per-game prices on season tickets at $9.80 each, and prices a hot dog and beer at around $4.50 each, and parking at $10. In general, West Coast teams offer fantastic opportunities for fans to catch teams play at a relatively cheaper cost.

At the other end, the Boston Red Sox’ storied Fenway Park isn’t just the oldest active baseball stadium around, it’s also the most expensive. The lowest-priced season tickets average $48 each, the highest among all stadiums surveyed. Parking and beer are also the costliest among all MLB contemporaries, costing around $35 and $7.75 respectively. At least you’ll get to sample a $5.25-Fenway Frank and admire the iconic Green Monster. 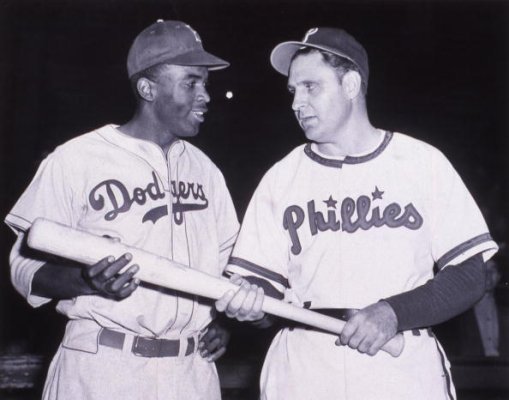 Philadelphia Issues Apology to Jackie Robinson for Racism
Next Up: Editor's Pick