Watch the Buzzer-Beating Three-Pointer That Ended the NCAA Championship

Villanova narrowly beat the University of North Carolina in the NCAA men’s basketball championship game Monday night. The victory — Villanova’s first title in more than three decades — is being described as a historic feat. With mere seconds left on the clock, the game was tied at 74-74 — and then Kris Jenkins sunk a basket from behind the three-point line, guaranteeing the Wildcats’ victory.

Had the Tar Heels won, it would have been their sixth national title — they last won in 2009 — and the third for coach Roy Williams. 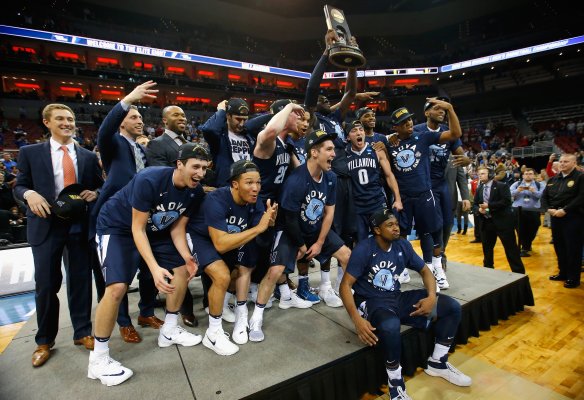 My 'One Shining Moment'
Next Up: Editor's Pick