Four men in Utah have been arrested for the rape and sodomy of a 9-year-old girl.

The girl and her mother were visiting friends for Easter weekend when the crime occurred, officials said. The mother reportedly went to the garage for half an hour to smoke meth, leaving her sleeping daughter on a couch. When she returned, the girl was visibly upset and had her dress “pulled up past her waist,” local CBS affiliate KUTV reports. 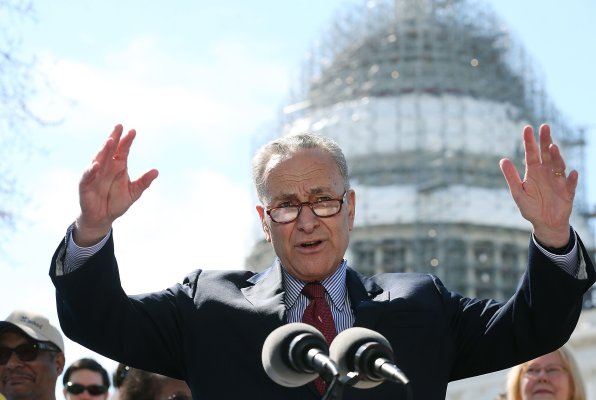 Chuck Schumer Calls for Investigation of Smartphone-Shaped Gun
Next Up: Editor's Pick