The arrows that killed Ygritte on Game of Thrones might as well have been shot by Cupid himself: former co-stars Rose Leslie (Ygritte) and Kit Harington (Jon Snow) made their debut as a real-life couple at the Olivier Awards on Sunday.

You may recognize the couple from that steamy cave scene or the ever quotable line: “You know nothing, Jon Snow.” Fans will recall that Ygritte tragically died in Jon Snow’s arms after being shot by Olly at the end of season four. (It’s official: Olly is the only person not rooting for this couple.)

For nearly four years, rumors have swirled that the onscreen lovers were seeing each other in real life, but both actors denied the relationship—until now. Harington recently admitted on a British talk show that the two started dating while filming their beyond the Wall scenes in Iceland. “I fell in love in Iceland,” he said on the Jonathan Ross Show. “I fell in love with my co-star.” 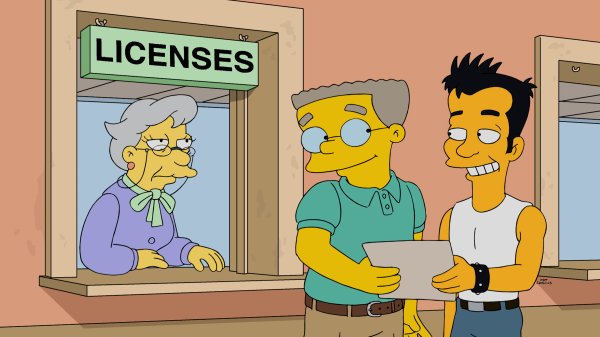 Waylon Smithers' Coming-Out on The Simpsons Shows How Toothless the Show Has Become
Next Up: Editor's Pick