House Speaker Paul Ryan once again denied Monday that he was mulling a presidential run from the shadows in the event of a contested Republican convention in July.

In an interview with radio host Hugh Hewitt, Ryan shut down the notion that he was the “fresh face” the GOP was looking for, as some have suggested after Republican operator Karl Rove told Hewitt last week that new blood may be needed if the party were to have any chance of beating a Democratic nominee in November.

“I’m not that person. I’d like to think my face is somewhat fresh, but I’m not for this conversation,” Ryan said. “I think you need to run for president if you’re going to be president, and I’m not running for president. So period, end of story.”

Some establishment Republicans are unhappy with the current field of candidates—especially the possibility of Donald Trump being the party’s nominee. This has inspired countless theories of what could happen at a contested convention.

Politico’s Mike Allen reported Monday that many top members of the GOP are positive that Ryan will become the nominee, giving the Speaker a 54% chance of becoming the Republican contender for the White House. 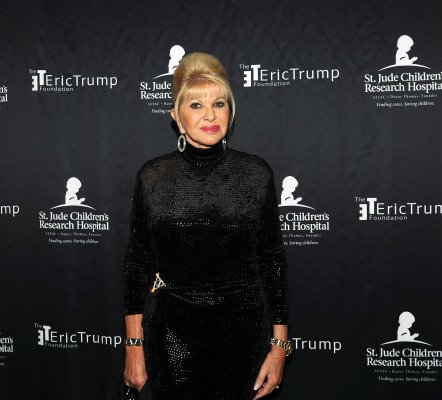 Here's What Ivana Trump Thinks About Donald Trump's Campaign
Next Up: Editor's Pick