A pair of U.S. men’s national team players poked fun at retired soccer star Abby Wambach on Sunday after she was arrested for allegedly driving while drunk in Portland, Ore.

Alejandro Bedoya sparked outrage on Twitter after he responded to a news outlet’s tweet that Wambach had been charged with driving under the influence of intoxicants.

USMNT forward Jozy Altidore chimed in, saying “should’ve used one of the team vans. Lol.” His comments refer to goalie Hope Solo’s husband who was arrested for DUI last year. He and Solo were reportedly driving around in an official U.S. Soccer team van at the time, the Washington Post reports.

Wambach, 35, failed field sobriety tests and a breathalyzer test after she was pulled over for failing to stop for a red light, police said. The Olympic gold medalist and FIFA Women’s World Cup champion apologized on Facebook, saying she was coming from eating dinner at a friend’s house.

“I have let myself and others down,” she wrote. “I take full responsibility for my actions. This is all on me. I promise that I will do whatever it takes to ensure that my horrible mistake is never repeated. I am so sorry to my family, friends, fans and those that look to follow a better example.” 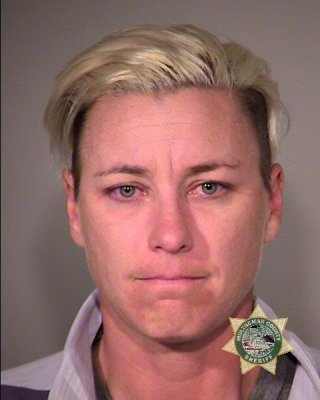