Celebrities signing along to radio hits has become a hit for comedian James Corden but Carpool Karaoke had humble beginnings.

The idea for the Late Late Show segment came from a 2011 sketch featuring Corden and former Wham! frontman George Michael where the two set get enlisted to save the UK charity Comic Relief. Wearing matching jackets, the two argue back and forth over whether Michael’s help is even necessary when Corden lays it on the pop star.

“Because you’re a joke, George! It’s embarrassing. I can’t walk into Comic Relief with you – Comic Relief is about helping people like you,” he says before putting on the Wham! song “I’m Your Man” to cheer up Michael.

And Carpool Karaoke was born. Fast forward five years and the segment is now being pitched as a stand alone television show. 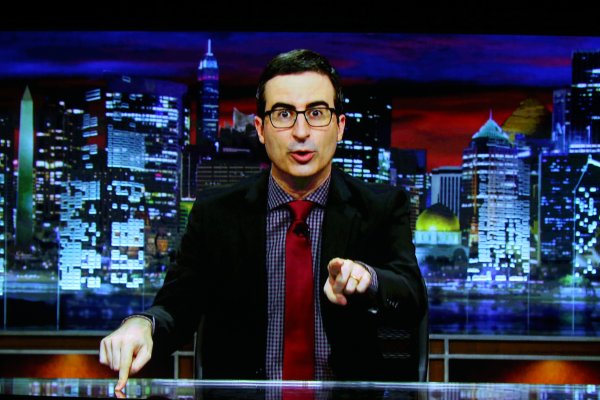 John Oliver Finds the Fun in Political Fundraising
Next Up: Editor's Pick