American president Lyndon B Johnson signs the war on poverty bill during a ceremony outdoors at the White House Rose Garden, Washington, D.C., on Aug. 20, 1964
Arnold Sachs—Getty Images
By Randall B. Woods

Historians and political scientists have most often linked the Great Society to the New Deal; there is no doubt that LBJ was committed to expanding the Rooseveltian reform structure, a phenomenon that he saw as organic rather than static. As he remarked in a March 1937 radio address: “If the administration program [the New Deal] were a temporary thing the situation would be different. But it is not for a day or for a year, but for an age. It must be worked out through time, and long after Roosevelt leaves the White House, it will still be developing, expanding. . . . The man who goes to Congress this year, or next year, must be prepared to meet this condition. He must be capable of growing and progressing with it.” In truth, the Great Society marked the culmination of the effort by liberals to use the concept of positive rights (the right to a decent education, a good job, adequate health care) as opposed to negative rights (freedom of religion, freedom of speech, the right to vote) to achieve social and economic justice.

But, ardent New Dealer though Johnson may have been, he realized that the 1960s were dramatically different from the 1930s. If the New Deal was about security and disengagement from the labor force through such devices as retirement pensions, unemployment compensation, and pensions for the worthy poor, the Great Society, in contrast, was about opportunity and labor force participation. The New Deal supported hard-pressed Americans at a time of economic catastrophe; the Great Society invested in people at the margins of the labor force at a time of economic opportunity. The New Deal was pessimistic, the Great Society optimistic. FDR wanted in the end to create a larger pie, but above all he wanted to ensure that the pieces of whatever pie that existed were more equitably distributed. Assured of an ever-growing pastry by postwar prosperity in general and by the Kennedy tax cut specifically, Johnson was more about political and educational empowerment of the poor and disadvantaged so that they could better compete. He did not on the whole support government-driven redistribution of wealth. He exhibited strong opposition to both guaranteed income measures and public works, favoring instead programs of social rehabilitation and affirmative action.

An “us against them” motif ran through each of the three great reform movements that preceded the Great Society. The Populists railed against bankers, middle men, and railroad magnates. The Progressives decried the threat posed to middle-class society by robber baron capitalists and ignorant, rootless immigrants. In his 1936 acceptance speech, FDR denounced “economic royalists” who were laboring to replace American democracy with an American plutocracy. Lyndon Johnson was determined to rule through consensus, to avoid pitting one group against another. Not only was this a personal inclination, but the stratagems developed for dealing with the civil rights crisis seemed to demand it, and the prevailing prosperity promised to permit it. LBJ made the enemy—the “them”—abstract. Poverty, ignorance, ill health were not the fault of a class or group—they were boils on the body politic. These things were not the result of evil intent or greed on the part of groups or individuals, but seemingly free radicals that everyone hoped to see eliminated from the environment.

The Great Society’s most glaring departure from Populism, Progressivism, and New Deal liberalism was its frontal assault on Jim Crow laws in the South. Despite their idealism, the reformers that preceded Johnson proved unwilling or unable to confront the issue of full citizenship and equality of opportunity for African Americans. In many respects, the interests of black Americans had been sacrificed in the drive by Populists, Progressives, and New Dealers to secure economic and social justice for male-dominated, white, working-class families. Even before he became president, LBJ decided that civil rights for black Americans was an issue that could not wait. If the United States was to retain its fundamental characteristics—individual freedom and democracy coupled with equality under the law and equal opportunity—the nation would have to turn its back on racism in both the public and private spheres. The Great Society would do what previous reform regimes had not dared attempt and in so doing move the nation forward in its ongoing effort to resolve the greatest American dilemma of them all.

Adapted excerpt from Prisoners of Hope: Lyndon B. Johnson, the Great Society, and the Limits of Liberalism by Randall B. Woods. Copyright © 2016. Available from Basic Books, an imprint of Perseus Books, a division of PBG Publishing, LLC, a subsidiary of Hachette Book Group, Inc. 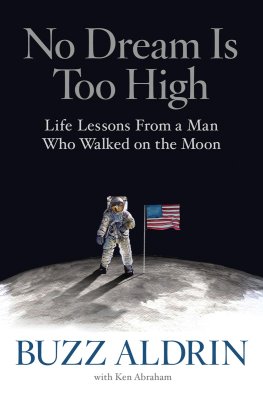 My First Experiment on the Moon Was a Failure
Next Up: Editor's Pick