Iceland's Prime Minister Storms Out of Interview Over Offshore Questions

With a financial scandal threatening to engulf him, a video has emerged showing Iceland’s Prime Minister walking out of a television interview when asked to explain his involvement in an offshore company. Opposition politicians are calling for a snap election after it was revealed that Sigmundur David Gunnlaugsson held shares in a company that allegedly invested in Iceland’s troubled banking sector.

The Guardian reports that Gunnlaugsson co-owned a British Virgin Islands–registered company called Wintris Inc., which reportedly held shares worth nearly $4 million in three Icelandic banks that collapsed during the financial crisis of 2008. The revelation came from a trove of more than 11 million internal documents from a Panama-based law firm leaked to German newspaper Süddeutsche Zeitung and shared with reporters around the world via the International Consortium of Investigative Journalists (ICIJ).

Confronted with questions about his involvement in Wintris by Sweden’s SVT, Gunnlaugsson was visibly shaken.

“I don’t know how these things work, but everything is declared on the tax report from the beginning,” an English-subtitled video of the interview conducted in March shows him saying, before angrily rising from his chair.

“You are asking me nonsense. You trick me into an interview under false pretenses,” he tells the interviewers. He then storms out of the room, saying: “This is totally inappropriate.”

The ICIJ has published online share certificates that show both Gunnlaugsson and his wife, Anna Sigurlaug Palsdottir, held shares in Wintris. Leaked documents show he sold his share to his wife for a nominal fee, but also claim he failed to declare his interest in the company when he entered Iceland’s parliament in 2009, the ICIJ said.

In a lengthy statement given to the ICIJ, a spokesperson insists that the Prime Minister and Palsdottir had “adhered to Icelandic law” and properly disclosed their financial interests to the tax authorities. The Guardian reports that there is no evidence in the leaked documents of tax evasion or dishonest financial gain on the part of Gunnlaugsson, his wife or Wintris.

Opposition politicians in Iceland were planning to propose to parliament Monday that the country hold an early election, which would serve as a confidence vote on Gunnlaugsson, the Guardian said. 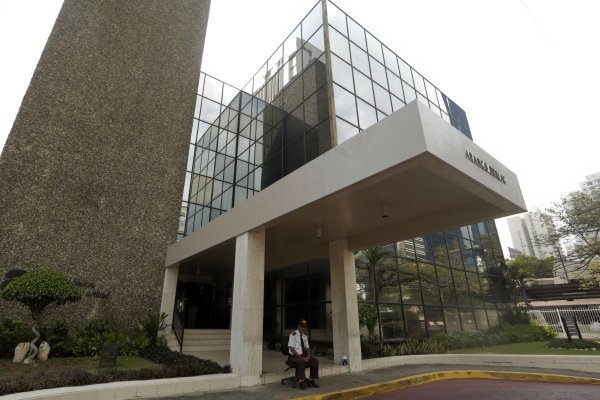