What to Know About the 'Panama Papers' Leak

With more than 2.6 terabytes of data comprising more than 11.5 million documents, the release of Panama-based law firm Mossack Fonseca’s records this week represents one of the largest data leaks in history—bigger than both the intelligence records revealed by former NSA contractor Edward Snowden three years ago and the U.S. diplomatic cables made public by WikiLeaks in 2010.

The Panama Papers, as they are dubbed, were initially obtained by German newspaper Süddeutsche Zeitung and subsequently the subject of a yearlong investigation, led by the International Consortium of Investigative Journalists (ICIJ) and involving more than 100 publications from nearly 80 countries.

The millions of documents include financial records, passports and correspondence stretching back 40 years, and detail 214,000 offshore entities across more than 200 countries. Offshore accounts aren’t illegal but are often used as tax havens for money laundering and corruption. Many of these entities were reportedly found to be shell companies established in order to help several of the law firm’s clients, through more than 500 top banks worldwide, allegedly hide income and transactions worth billions of dollars.

The most high-profile individual tied to the leak is Russian President Vladimir Putin, whose best friend and other associates have been named by the ICIJ investigation for allegedly having helped launder more than $2 billion. Putin’s name does not appear in any of the records, but his allies—including close friend Sergei Roldugin—are said to have benefited from their relationship with him with millions of dollars made in secret deals. Roldugin, a musician, owned three offshore companies, according to the ICIJ. Russia said Monday that Putin is the “main target” of the document leak and not linked to any offshore activity, the Associated Press reports.

Several other prominent businessmen, celebrities and sports stars were also named in the leak, including a top member of the ethics committee of soccer’s scandal-hit world governing body FIFA and Argentine soccer star Lionel Messi. Messi and his father, Jorge Horacio, were the ultimate beneficial owners of a Mossack Fonseca-registered company called Mega Star Enterprises, which was set up in 2012, The Guardian reports. They are both currently on trial in Spain for tax evasion, according to the newspaper.

The BBC reports that the papers also mention U.S. millionaire and life coach Marianna Olszewski, who was allegedly offered fake ownership records by the law firm to hide her wealth from authorities. Olszewski did not respond to a request for comment from the BBC, and Mossack Fonseca told the outlet that the allegation was false. Others reportedly mentioned in the Panama Papers include at least 33 individuals blacklisted by the U.S. government, for dealings in drugs and arms trade, as well as with “rogue” nations like Iran and North Korea.

The law firm in the eye of the storm

Founded in 1977, Mossack Fonseca is headquartered in Panama but has a presence in dozens of countries including known tax havens such as Switzerland, the British Virgin Islands and Seychelles. It specializes in helping companies and individuals set up offshore, tax exempt entities, according to its website, and is reportedly the world’s fourth largest provider of such services. According to the Guardian, one of the two U.K. publications that partnered with the ICIJ in the investigation, one of the firm’s partners said in a leaked memorandum that “ninety-five per cent of our work coincidentally consists in selling vehicles to avoid taxes.”

Mossack Fonseca has strongly denied any wrongdoing, saying in an initial statement to ICIJ that it conducts “a thorough due-diligence process” before helping to incorporate companies. The company also provided a more detailed response, which can be read in full here.

“In providing those services, we follow both the letter and spirit of the law. Because we do, we have not once in nearly 40 years of operation been charged with criminal wrongdoing,” the statement adds. “We’re proud of the work we do, notwithstanding recent and willful attempts by some to mischaracterize it.”

Although many of the allegations made in the Panama Papers are yet to be confirmed, it clearly has far-reaching repercussions that will continue to percolate in the days and weeks ahead. 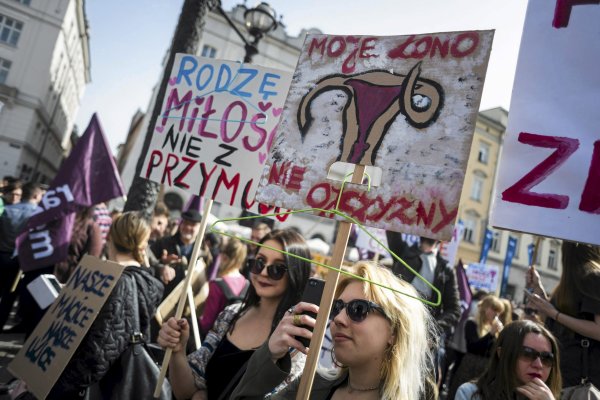