More than 100 marijuana activists marched to the White House on Saturday to light up in unison around 4:20 p.m. in protest of federal laws against the drug’s consumption.

The proponents of legal marijuana tried to make their case for relaxed laws in front of the White House with a 51-foot-long inflatable joint at the center of their demonstrations. However, they had to deflate it after the Secret Service raised objections, citing security concerns, the Washington Post reports. Some of the activists later inflated it again and had to be ushered away by police officers, according to the Post.

None of the protesters were arrested, but two people were given citations and $25 fines for public consumption, the newspaper said.

It is legal to possess small amounts of marijuana for individual use in D.C. and ingest it on private property. It is still a criminal violation to sell marijuana or possess more than two ounces of the drug. 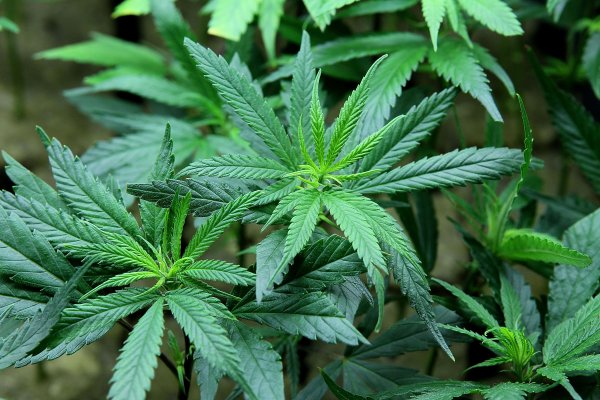