In appearances on all five Sunday news shows, Priebus sought to reassure Republicans that the party is preparing for the likelihood of a contested convention, while rebutting criticism of the arcane delegate selection rules leveled by the front-runner. Trump has called the system “unfair” and has said he should be awarded the nomination even if he falls short of the 1,237 delegates—a majority—required to win the nomination at the party’s convention in Cleveland in July.

“If you were running for president of the Kiwanis Club or the Boy Scouts and you said you don’t know if you like the Kiwanis or the Boy Scouts, I think that makes your challenge even greater to ultimately win those kinds of posts,” he added. “It’s not different for the Republican Party.”

“We expect that when candidates make commitments to the principles and values of our party that they would keep it,” Priebus continued, saying he hopes that Trump was simply “posturing” for the media.

Priebus’ comments come days after a surprise meeting with Trump at the party’s Washington headquarters in which the chairman was critical of Trump’s campaign team for failing to understand the intricacies of the party’s delegate rules. The RNC has also stepped up its efforts to educate party leaders and rank-and-file voters about long-overlooked process issues that will ultimately decide who wins the nomination.

Priebus also suggested that Trump’s comments could imperil his access to the party’s databases.

While about 95% of delegates are bound on the first ballot, most are unbound by the second, and nearly all are freed to vote for any candidate on a potential third vote. Trump’s rivals have been working aggressively to infiltrate the ranks of pledged Trump delegates with individuals who will abandon him on subsequent votes—most recently in Tennessee where the delegate slate includes pledged Trump delegates would are not true Trump backers.

Trump’s decision to abandon the loyal pledge could open his grip on South Carolina’s 50 delegates to a challenge, as that state had a separate loyalty pledge for candidates to gain access to the primary ballot. 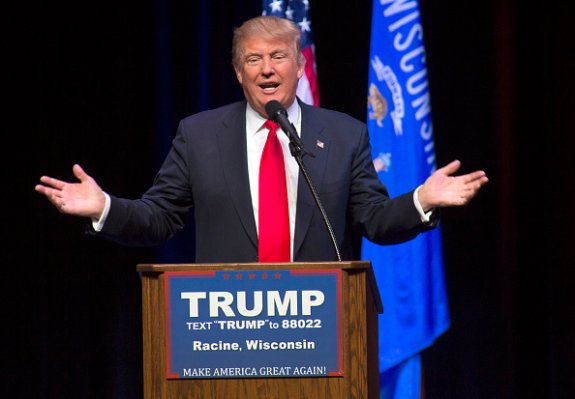 Trump Says Tweet About Cruz’s Wife Was a 'Mistake'
Next Up: Editor's Pick