Jon Stewart, the comedian and former The Daily Show host, has a knack for stepping in and flexing his political influence when necessary—and on Friday, the lucky, unsuspecting beneficiary of his activism was a bull on the loose in New York City.

The bull escaped from a holding area for livestock and wound up lost in Queens, where it was cornered by police and corralled on the campus of York College, the New York Times reported.

The animal was taken to Animal Care Centers of NYC in Brooklyn, where staff members hoped to spare it from slaughter. From there, it was picked up by Stewart and his wife, Tracey, noted animal advocates who then drove the bull to a Farm Sanctuary shelter in Watkins Glen, N.Y., according to the Times.

A video shows Jon Stewart feeding the bull, who has been affectionately nicknamed Frank Lee after the escaped Alcatraz inmate Frank Lee Morris. The Stewarts have partnered with Farm Sanctuary in the past. 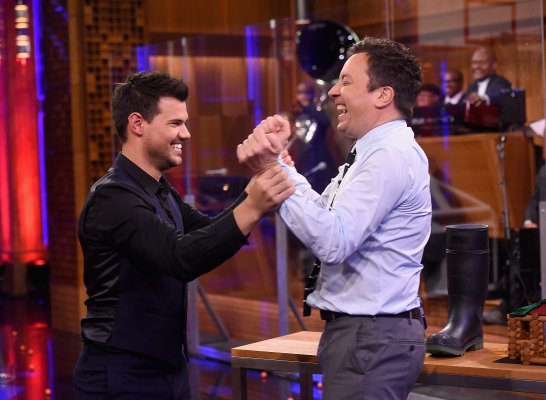