Chris Christie again defended the now-infamous look he had on his face when he appeared beside Republican frontrunner Donald Trump on Super Tuesday.

Christie was asked about the incident during a Friday appearance on The Tonight Show with Jimmy Fallon, who has previously poked fun at the Christie-Trump press conference.

“You look like you were having a blast. Look how much,” Fallon said, showing the photo. “Were you being held hostage at this time?”

“This is what you would look like if you were standing behind Jay Leno when he was doing his monologue,” Christie said. “If you’re used to talking, it’s awkward not to talk, so if you’re standing there, I’m listening.”

Fallon brought out cardboard cutouts of himself and Christie wearing similarly troubled and uncomfortable facial expressions. Christie, who has been campaigning with Trump, defended his endorsement, saying he thinks the real estate mogul is a better candidate than Texas Sen. Ted Cruz or Ohio Gov. John Kasich.

Asked if he would consider a spot on the Republican ticket, the New Jersey governor said he didn’t believe anyone would ask him to be Vice President.

“Well, because of that,” Christie said, pointing to his Super Tuesday facial expression.

“When you’re Vice President, that’s basically what you do, right?” he said. “I’ve got to get better at it than that, obviously.” 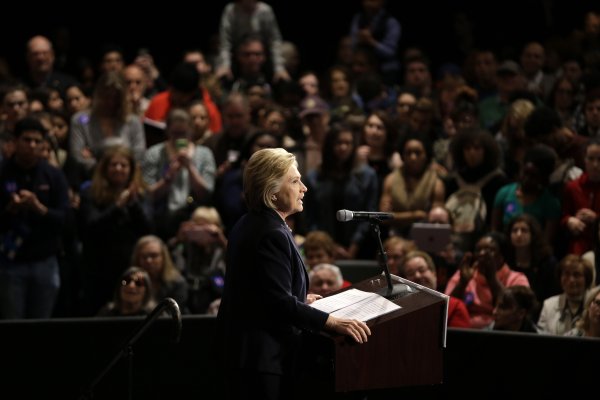