These 4 Traits Will Help Predict If You Are Likely to Become a CEO, Except If You're a Woman

What separates CEOs from the rest of us?

There are a million ways to answer this question, but a group of researchers decided to hone in on one: Personal characteristics.

According to new research by professors at the University Chicago Booth School of Business and Copenhagen Business School, there are four traits that help predict whether or not someone is likely to become CEO:

2. Execution skills: Persistence, efficiency and being able to get things done

Related: Meet The Women Who Decide What You Eat For Dinner

In determining these traits, the researchers looked at more than 2,600 assessments of candidates for C-level positions, including chief executives, chief financial officers, and chief operating officers. They then compared the ratings of each individual—which were based on four-hour-long interviews—to one other and to who was ultimately hired.

What they found was that the “CEO candidates looked very different from everyone else,” says Steven Kaplan, the University of Chicago professor who co-authored the study. Even those candidates applying for positions other than the executive role at the time of the study (which took place over the course of ten years, between 2001 and 2011) but who “looked” like CEOs, tended to end up in that role eventually, he says.

Related: Sallie Krawcheck and Susan Lyne On How Getting Fired Can Help Your Career

There is, however, one glaring exception: women.

In the study, when male and female candidates scored about the same on all four factors, women were 28% less likely to become CEOs. In other words, even when a woman fit the CEO profile, she was less likely to get the job. “It could be discrimination, but it could also be that women are not choosing to go after those jobs,” says Kaplan. “It’s a result that we’re not happy to see, but it’s in the data and certainly worth further study.”

Either way, Kaplan says that people who are gunning for the top job should work on developing these traits. “If I want to be CEO, I need to work on showing that I can get things done, and on being more charismatic,” he says. “Maybe you can change things about yourself, and maybe you can’t, but that’s what you need.”

Related: These Charts Show Exactly How Few Minority Women Are in Positions of Power

And if you’re a woman? “That’s a whole other conversation.” 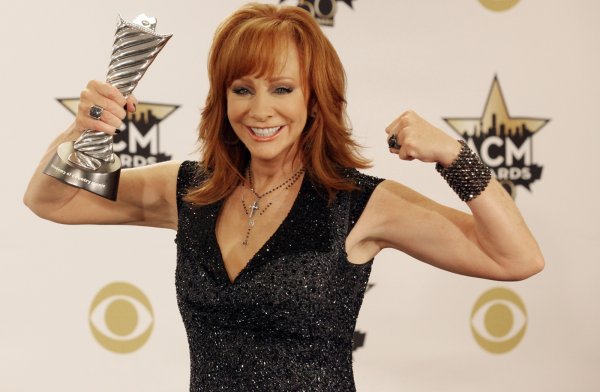 Reba McEntire's Secrets to Success in a Man's World
Next Up: Editor's Pick