Jackie Robinson of the Brooklyn Dodgers, left, talks with nemesis Ben Chapman of the Philadelphia Phillies in the middle of the 1947 N.L. season.
Mark Rucker—Transcendental Graphics/Getty Images
By Katie Reilly

The Philadelphia City Council passed a resolution Thursday naming April 15 in honor of Jackie Robinson, officially apologizing for the racism he experienced when he visited the city in 1947.

The apology will be presented to the baseball icon‘s widow, the Associated Press reported. Robinson died in 1972.

Robinson became the first black Major League Baseball player on April 15, 1947. When he visited Philadelphia with the Brooklyn Dodgers that year, he was refused service at a local hotel and targeted with racial slurs by Philadelphia Phillies players and the team’s manager Ben Chapman, according to the AP.

“Unfortunately in Philadelphia, Jackie Robinson experienced some of the most virulent racism and hate of his career,” said Councilwoman Helen Gym, who introduced the resolution, ABC News reported. “Our colleagues decided to introduce this resolution to celebrate Jackie Robinson.” 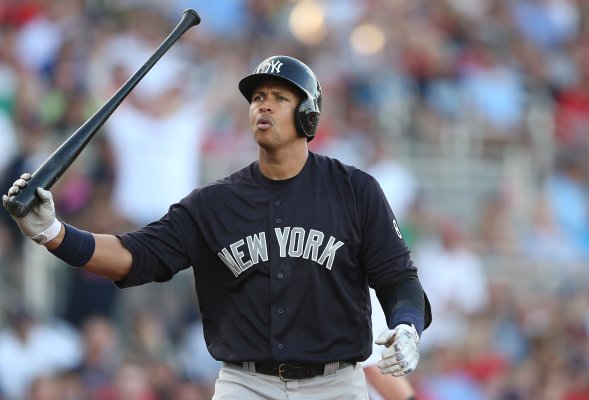 Alex Rodriguez to Retire After Next Season
Next Up: Editor's Pick