Inside the Genius of Radiolab and Why It's So Addictive

By Cubie King and Matt Vella

“The simple act of telling a story,” says Jad Abumrad, “feels musical, deeply musical.” The founder and co-host of the nationally syndicated public radio program Radiolab argues that compelling storytelling employs the same techniques as composition: meter, cadence, consonance. Abumrad, 42, is the conductor of sorts of one of the most popular programs in the rapidly burgeoning field of podcasting. Radiolab has explored stories ranging from the evolution of altruism to the science of ant colonies.

Though podcasts–downloadable radio-like shows that originated with the birth of portable digital music players more than a decade ago–have been around for years, they have experienced phenomenal growth over the past two years, fueled in part by the rise of Internet-connected phones. According to the Pew Research Center, the percentage of Americans who have listened to a podcast in the past month almost doubled between 2008 and 2015, from 9% to 17%.

Abumrad, who was awarded the so-called genius grant by the MacArthur Foundation in 2011, says the popularity of shows like Radiolab, Serial, and This American Life is about much more than the mere ubiquity of smartphones. People long to understand why the world is the way it is and that, more than ever, listeners want to immerse themselves in stories, he argues. For more on how Abumrad finds and composes Radiolab pieces, watch the video above. 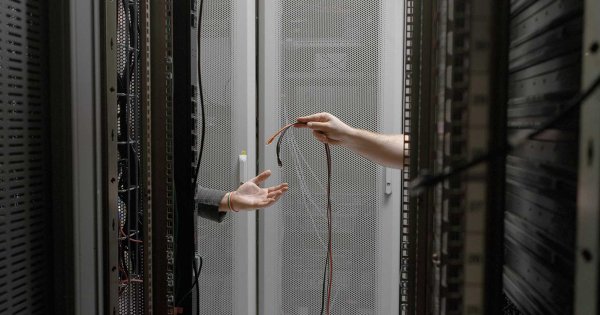 Inside the Secret ‘Hotels’ Where the Internet Lives
Next Up: Editor's Pick