The Obama administration recently reversed its 2015 plan to open up waters off the coasts of Virginia, the Carolinas and Georgia to oil drilling. Officials claim the new decision to ban oil drilling will protect national security. It will do the opposite.

The administration, under constant pressure from environmentalists, has long had an ambivalent view of offshore oil exploration. Plans to open up this part of the Atlantic Ocean for drilling have been on the drawing board for years. This recent decision leaves them in the wastebasket.

Last year, the administration’s opposition appeared to have softened. In January 2015, the White House released a statement proposing to auction drilling rights in up to 104 million acres of the mid- and South-Atlantic in 2021. At the time, Interior Secretary Sally Jewell noted: “This plan takes a balanced approach to oil and gas development. … It protects areas that are just too special to develop.”

According to the Bureau of Ocean Energy Management report announcing the administration’s reversal, the “DoD recommends that significant acreage of the mid- and South-Atlantic Program Area not be made available for placement of oil and gas structures due to conflicts with DoD activities.” Such activities include Navy port facilities on the East Coast and its reliance on neighbouring waters for the conduct of training exercises.

Yet the Pentagon has no problem opening almost all of these waters to leases for drilling. Its 2015 assessment deemed no more than 5% of the area a “No Oil and Gas Activity” zone. It also crossed off another 5% as a “No Permanent Surface Structure” zone—no offshore rigs.

This seems to suggest that the Pentagon is comfortable with oil rigs and activity in 90% of these waters. The Obama administration’s supposed objection isn’t based on reasonable evidence.

For more proof, consider the Pentagon’s 2010 assessment. Nearly identical in substance to the 2015 analysis, the report presented no general objection to drilling in the Atlantic.

The report also warns of “a potential conflict” with NASA operations from Wallops Island, Va. The space agency is said to be concerned “that the presence of oil and gas related activity could result in NASA’s inability to meet its own launch commit criteria.”

Given the size of the area and the infrequency of NASA launch failures, the chance of a collision with an oil rig is vanishingly small. The presence of over 40 oil rigs off the southern coast of California quite rightly doesn’t stop NASA from launching rockets from the Vandenberg Air Force base, sometimes directly over the rigs.

In short, oil and gas drilling in the mid- and South Atlantic would not impede the military or NASA from going about its business. Drilling there presents no threat to national security whatsoever.

Drilling in these Atlantic waters would, however, be a boon to our nation’s security. Many of the world’s major oil and gas producers are countries with a history of hostility towards the United States, such as Iran and Russia. As long as we import oil from such countries, our security is compromised.

The current boom in energy development and technology has already improved our security. In 2015, the United States overtook Russia as the world’s largest producer of oil and natural gas. For the first time in nearly half a century, our nation imports no more than a quarter of the oil needed to fuel our economy.

The revenue generated from offshore leases would also significantly benefit the economy. Such energy development would employ more than 250,000 Americans, particularly veterans. Oil companies can reinvest profits into research and development for renewable energies, creating even more jobs.

We can’t afford to say “no” to U.S. energy. Demand is expected to grow by 12% by 2040. Merely maintaining current levels of production could see us become more dependent on foreign oil once again.

A ban on drilling and exploration off the Atlantic coast doesn’t promote national security, as the Obama administration claims. It diminishes it. 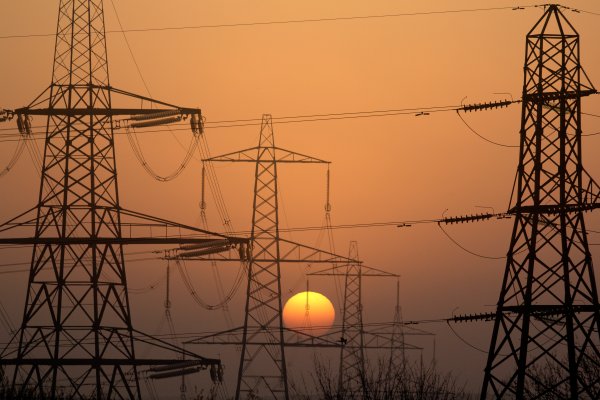 Electricity Sales Have Dropped—Why Is This News?
Next Up: Editor's Pick