As night fell on a dimly-lit store owned by electric car maker Tesla Motors, just off a freeway down a dark side street in Burlingame, Calif., a couple of lone tents had sprung up. Twelve hours later, as dawn broke on the Bay Area where Tesla’s has its home base, a line of eager customers stretched down the block, hundreds of people deep.

The occasion is Tesla’s highly-anticipated Model 3, the auto maker’s first car for the masses. While the car won’t be delivered until the end of 2017, Tesla is opening up the waiting list on Thursday morning at 10 a.m. Pacific Time.

When the stores open their doors, the first people in line will be the first to be able to get on the waiting list—along with plunking down a $1,000 deposit—for the opportunity to buy the Model 3. Being high on the waiting list means a customer could get their Model 3 a whole lot sooner than others.

The company will unveil the actual design and specs of the Model 3 at an invite-only event in Southern California at 8:30 p.m. on Thursday. So these customers lining up outside of Tesla stores on Thursday morning are putting down deposits on the car sight unseen.

The eagerness shows just how carefully Tesla has been able to cultivate and grow its die-hard fan base over the years. Now, with the introduction of a potentially game-changing car, Tesla has a community of loyal customers that have come to trust—and buy—whatever Tesla puts out there.

The Model 3 is a large risk for the company, but the vehicle also represents the next phase of Tesla’s evolution as a mainstream auto maker. Tesla is betting the farm on the Model 3 and building a massive battery factory outside of Reno, Nevada for the purpose of making low-cost batteries for the mass market car. If the Model 3 isn’t a hit, Tesla could be in real trouble.

Brian Man arrived at the Burlingame store at 5:30 p.m. on Wednesday. He drove down from Seattle in his Model S—one of two Model S cars he owns—to set up shop outside of the store. Two hours before the store was set to open on Thursday morning, Man was the second person in line, and his Model S was charging in one of the store’s chargers. The overnight stay “wasn’t so bad,” he said.

The only person that beat out Man was Toby Nitzsche, who for about an hour was the only person camping outside of the store at around 4:30 p.m. on Wednesday. Nitzsche doesn’t own any Tesla cars yet, but he says he’s eager to own a Model 3 because “it’s about supporting the technology and keeping it going.”

Dawn Nauhart, from Pleasanton, Calif., also camped out overnight and will be a first-time Tesla customer if she buys the Model 3. She said at around 5 a.m. on Thursday, the line really started to grow into the long, snaking formation stretched down the block.

The Burlingame store wasn’t the only one with campers and lines. Tesla fans tweeted out photos of customers lining up at stores throughout California and New York

By Thursday evening, all of these customers will finally get to see for what they’ve been putting (refundable) deposits down. Analyst Sam Jaffe with Cairn Energy Research Advisors predicts that by the time of the Thursday night launch event, customers will have put down about 30,000 reservations for Model 3 cars. By the end of the first week, Jaffe thinks there will be 90,000 reservations.

Updated: Jaffe tweeted around noon on Thursday: “We WAY underestimated the reservation number for tonight’s reveal. Will be over 100K, probably 150K+.” 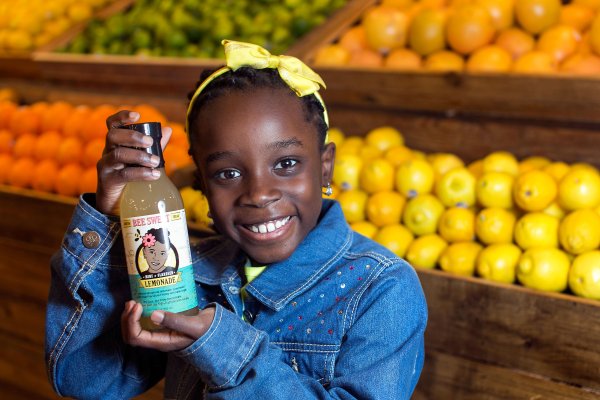 An 11-year-old Girl Got a Whole Foods Contract for Her Lemonade Business
Next Up: Editor's Pick