The Roots Pull Out of David Bowie Tribute Concerts

The Roots brought their legendary Jam Sessions to SXSW for the first time during an exclusive performance at the Bud Light Factory during the Bud Light Music Showcase on March 19, 2016 in Austin, Texas.
Rick Kern—Bud Light/Getty Images
By Jessica Goodman / Entertainment Weekly

But Roots drummer Questlove posted to Instagram Wednesday night that the band, Kimbra, and Bilal will not perform.

“The Roots/Bilal/Kimbra (w/ Wendy Melvoin, DD Jackson & Ray Angry) pulled out of these Bowie gigs. We have patience,” he wrote. “But we do NOT have patience for the #Bitchassness.”

The “bitchassness” he’s referring to is that of unnamed musicians who wouldn’t let the Roots use their equipment. “I’ve never been so insecure or petty as to deny a fellow musician use of ANY of my equipment (or my band’s equipment—-or resources or contacts or knowledge or ANYTHING) it angers me when that same courtesy is not reciprocated,” he wrote before announcing their departure from the billing.

Representatives for the concerts, which will be held at Carnegie Hall on Thursday and Radio City Music Hall on Friday, did not return EW’s immediate request for comment. 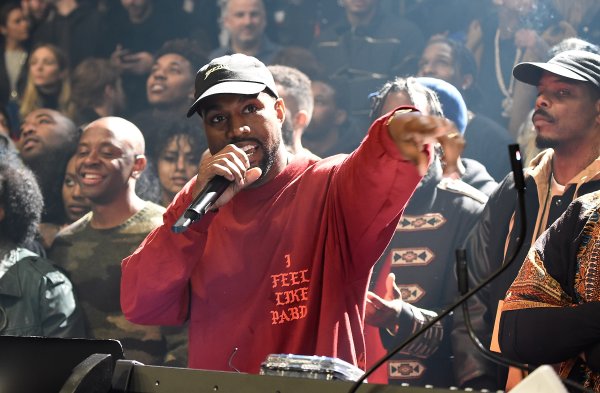 Kanye Finally Put His Tracks Somewhere Other Than Tidal
Next Up: Editor's Pick