Corporate profits are often used as an indicator of general economic health. And, typically, a strong economy is a large driver of stock prices. But if you look at all the factors in this equation, something isn’t adding up.

The S&P 500 is hovering near all-time highs, up about 9% from two years ago, and down only slightly this year. But data over the last week shows that U.S. corporate profits are struggling big time. And it isn’t just energy companies.

Late last week, the Department of Commerce said corporate profits before taxes fell 11.5%, by nearly $160 billion, from a year ago. For the year, profits decreased $64 billion, compared to an increase of $35 billion in 2014 from the year before.

The trend isn’t just a blip. Estimates for the first quarter this year are similarly bleak, according to senior earnings analyst John Butters at Factset. He says the bottomline of S&P 500 companies will fall 8.7% in the first quarter. If so, it will be the first time the index has seen four consecutive quarters of earnings declines since 2009.

There is a good chance he is right. Of the 119 companies in the index that have issued earnings guidance for the first quarter this year, 93, or 78%, of those companies have warned they are likely to miss estimates. Of course, companies are likely to pre-report if its going to be bad news to blunt the blow. Still, this quarter’s negative pre-reports is above the 5-year average of 73%, according to Factset. This statistic suggests more CEOs than normal see the prospects of their companies worsening rather than improving.

So far, though, much of these declines have been dismissed by investors because they are coming from energy companies. Take out this sector, Butters says, and the earnings decline is only 3.9%. However that shouldn’t give investors a false sense of hope.

“The slowdown is indeed appearing in other industries as well,” says Jesse Edgerton, economist at J.P. Morgan Chase.

Edgerton recently did an analysis using data from a survey called the “Quarterly Financial Report” that includes small, private companies not in the S&P 500. According to this data, non-energy firms account for about 40% of the decline in profits since the fourth quarter of 2014. “Smaller businesses not captured by the S&P 500 are seeing a profit decline even outside the energy sector,” he said.

It’s an important read-through to the economy. “The fact that firms outside the energy sector have seen only flat earnings despite a tailwind from low energy prices suggests that other factors are holding back their performance.”

Edgerton points, in part, to a tighter labor markets. Lower unemployment has made wages rise, which ultimately cuts into corporate profits. “When corporate margins are in a compressing phase—as they have been recently—the risk of recession becomes elevated,” he says.

Investors might take note then of the current multiple of the equity market. The 12-month forward price-to-earnings ratio of the S&P 500 is about 16.4 times, versus the 10-year average of 14.2 times. It has been creeping up too. The same ratio was 16.1 times at the start of the first quarter, reflecting a 0.4% rise in the index while earnings estimates have declined.

Edgerton warns not to be fooled. Earnings began falling in 2000 and 2007, providing some warning of the 2001 and 2008 recession. Yet, analysts at the time, Edgerton says, like now, dismissed the drops initially, saying it was just high-tech and just financials. “An optimistic analyst could have convinced himself there was nothing to worry about,” he says.

And they would have been very, very wrong. 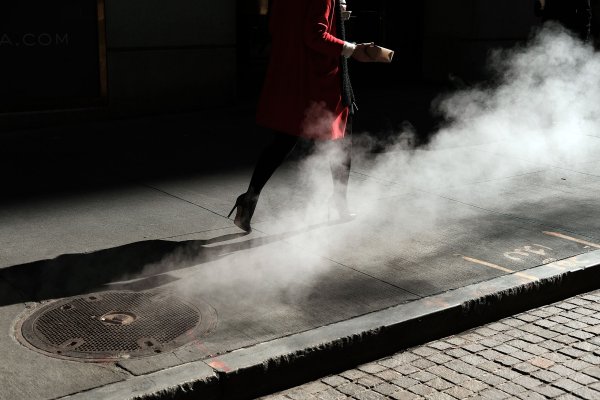 The Unsettling Truth About America's Economic Recovery
Next Up: Editor's Pick