Review: Everybody Wants Some!! Deserves a Third Exclamation Mark

Everybody Wants Some!! deserves a third exclamation mark
PARAMOUNT PICTURES
By Stephanie Zacharek

The title of Richard Linklater’s brash and buoyant comedy Everybody Wants Some!!–borrowed from the Van Halen song of the same name–is one of those hungry, declarative sentences with multiple questions built in. Of course everybody wants some! But what, exactly–the obvious aside–is some? Where can you find it? And how’re you gonna get it?

Writer-director Linklater knows a few of the answers, and he weaves them invisibly into this wonderful, ramshackle happening set at a fictitious Texas university in the days preceding the fall semester of 1980. Jake (Blake Jenner) is just starting as a freshman, moving, with his crate of prized LPs, into one of two houses on campus designated for the school’s baseball team. He’s a pitcher and proud of it, but his ego is vaguely–if only temporarily–deflated when he begins meeting his new teammates and housemates, whose mission is to make sure the new meat doesn’t get too cocky. The ringleaders of this gang of swaggering rogues are Finnegan (Glenn Powell), a wiseacre philosopher who has a quip for every occasion, and Roper (Ryan Guzman), who takes the wheel when the guys pile into a car for an on-campus cruise to scope out the new freshman hotties. There are also Willoughby (Wyatt Russell), a stoner who shows up from California in a hippie van; Dale (J. Quinton Johnson), the one team member of color, though no one ever mentions it (or seems to have even noticed); and competitive hothead McReynolds (Tyler Hoechlin), who breaks a ping-pong paddle when Jake has the balls–and the skill–to beat him in a match.

Linklater saunters up to this story of male one-upmanship and knuckleheaded camaraderie in his usual low-key fashion. One scene flows into the next like the free-form globules in a lava lamp, but by the time you see the film’s final shot, you’ll understand that Linklater had a clear map forward all along. Part of his unmethodical method involves a beautifully sequenced soundtrack (see sidebar), a perfect snapshot of the all-encompassing majesty that was Top 40 radio at the time. It includes everything from Patti Smith’s urgent, earthy and erotic version of “Because the Night” to S.O.S. Band’s Qiana-smooth “Take Your Time (Do It Right),” because these guys have little snobbery about what turns them on, musicwise.

Their openness to the sounds around them is reflected in the freewheeling structure of their nights. The joint they like best is a local disco called the Sound Machine. Decked out in their Huk-a-Poo shirts, they boogie down with zero self-consciousness. But they also get their first, exhilarating taste of this new thing called punk when an old high school pal of Jake’s invites them to his favorite underground hangout.

Anywhere they might meet girls is O.K. by them. Everybody Wants Some!! is a seemingly straightforward picture that’s surprisingly stealthy in capturing the joy and exaltation of being an almost-adult but still feeling young, of messing around and messing up, of waiting and hoping for the chance to meet a guy or girl you really like. In Jake’s case, that girl is the breezy-cool yet grounded theater major Beverly (Zoey Deutch).

Linklater has called Everybody Wants Some!! a “spiritual sequel” to his 1993 film Dazed and Confused, set a few years earlier (1976) and also borrowing its name from the school of rock (specifically, the Led Zeppelin chestnut). As he did for that movie, Linklater has assembled a sprawling cast made up largely of newcomers, all of them winning. One of the funniest, Temple Baker–who plays the exuberantly zonked-out freshman Plummer–hasn’t acted since he appeared in an English-class production of Romeo and Juliet in the fifth grade. (His performance consisted of four lines.)

But Powell and Jenner are the real standouts. Powell’s Finnegan spins out a line of randy patter that’s supposed to work like gangbusters with the ladies but generally backfires. Watching him fail, only to start right back up again, is just one of the movie’s easygoing recurring jokes. And Jenner’s jock swagger is the winsome kind: he’s both sexy and approachable, hitting the sweet spot between Dial soap and Jovan musk oil. If you were young in the early 1980s, you’ll recognize this guy–and if you were a girl, you probably wanted him.

Everybody Wants Some!! captures the essence of all sorts of youthful desires, both those that are easily identifiable and the more aching, unnameable kind. With the grace of a surreptitious curveball and the ease of a perfect pop song, Linklater reveals one of the great secrets of life: to have everything is impossible, but to get some is to have everything. 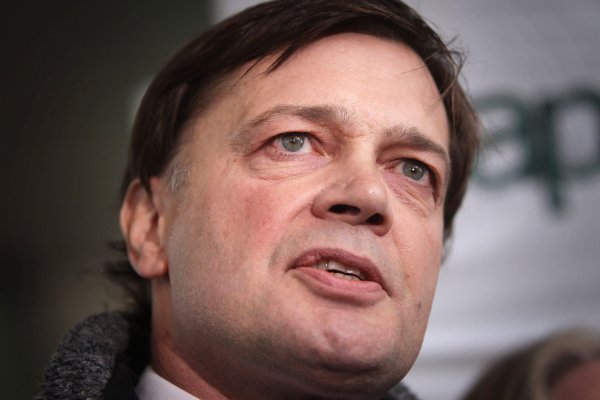 Vaxxed Filmmakers Insist It 'Is Not an Anti-Vaccine Movie'
Next Up: Editor's Pick