Robot in the workplace
Getty Images
By Alex Fitzpatrick

There are two schools of thought regarding the coming impact of robots on workers: there are those who warn they will destroy jobs and those who hope new technology will boost the productivity of workers without replacing them.

Melonee Wise is one of the optimists. The 34-year-old CEO of San Jose, Calif.–based Fetch Robotics is working on “collaborative robotics,” using machines to do things humans cannot. “Once we start seeing more service robots like we make, people will be like, ‘These things are really improving my life,'” she says.

Fetch, a nearly two-year-old startup, is developing robots for warehouses. One model, called Freight, looks like a muscled version of the floor-sweeping Roomba made by industry leader iRobot. Freight carries a bin while following human workers as they pick items off shelves, letting a machine do the lugging. Another device nicknamed Fetch is a more advanced robot with an arm that can grab items and work with Freight. Fetch Robotics, which isn’t profitable yet but has raised $23 million in venture funding, has sold a small number of devices to customers for testing.

The robotics industry is entering an uncertain chapter. Last year eager investors poured a record $587 million into startups trying to bring robots to manufacturing plants, hospitals and battlefields, according to data firm CB Insights. Much of the potential for a new wave of robots has come from advancements in so-called machine learning, the software that bestows robots with contextual intelligence. Some of that enthusiasm has been muted recently, however, as the business of selling robots hit snags. iRobot saw its stock fall more than 10% in a single February day after it predicted weaker-than-expected results for the coming year. In March, the Wall Street Journal reported that Google parent company Alphabet is seeking to sell Boston Dynamics, maker of a bipedal walking robot that looks vaguely like the Terminator, because the firm’s path to profitability is not clear.

Another looming question is robots’ role in the workplace. Wise, a Chicago native who holds a master’s degree in mechanical engineering from the University of Illinois, argues that Fetch’s bots will help warehouse workers avoid injury or strain, making them more productive in the long run. She compares robots to PCs, which caused consternation but ultimately boosted productivity as well as economic and job growth. “Everyone keeps trying to make a distinction between a robot and a computer, but they’re basically the same thing,” says Wise. “A robot is a computer wrapped in plastic.”

Not everybody is convinced. “Technology is going to get to the point where it’s going to take over a lot of the routine, predictable-type jobs in the economy,” says Martin Ford, author of The Rise of the Robots: Technology and the Threat of a Jobless Future. That is already happening at checkout lines, tollbooths, parking lots and ticket counters. Ford and others argue that the combination of robots and artificial intelligence represents a different kind of revolution–one that could eventually come for white collar professions. “That’s a lot of jobs [at stake],” he says.

Still, of the 10 private robotics firms that have raised the most venture capital during the past five years, most focus on two fields that are firmly in the augment-human-workers (not replace-them) camp: children’s toys and assistance for surgeons. “Maybe in 30 or 40 years we will have 50% of the jobs disappear,” says J.P. Gownder, vice president and principal analyst at research firm Forrester. “But I don’t see it happening in the next 10.” 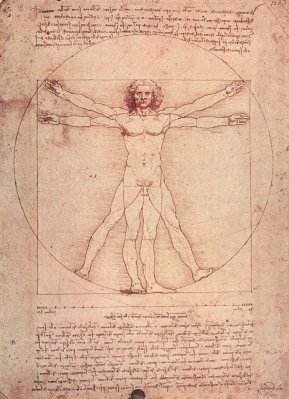 What Makes a Genius? The World's Greatest Minds Have One Thing in Common
Next Up: Editor's Pick