Has free trade made us better off?

Conversations about trade used to be so simple as to not need verbs: free trade good, tariffs bad. But the fallout from the financial crisis as well as the campaigns of Bernie Sanders and Donald Trump have reopened the debate around how trade and globalization shape our economy. Is it good, or bad, for America?

The answer depends on where you’re standing. There’s no doubt that globalization and “free” trade have increased wealth at both global and national levels. According to the U.S. Council of Economic Advisers, the reduction of trade barriers during the post–World War II period raised U.S. GDP alone by 7.3%. But free trade can also increase the wealth divide within countries, in part by creating concentrated groups of economic losers.

Free trade has made goods and services cheaper for Americans, but it hasn’t always helped labor markets, as advocates often claim. Indeed, from 1990 to 2008, almost no net new jobs were created in the areas most exposed to foreign competition. Fixing that doesn’t require turning away from trade but rebalancing it.

China is losing jobs to countries with low-cost labor

Is the global playing field unfair?

Everyone does not play by the same rules. Countries such as the U.S. and France have squabbled for years over agricultural subsidies to farmers that distort free trade. More recently, as nations like China and Brazil that practice differing versions of state capitalism have entered the global trading system, the playing field has gotten more uneven. The Chinese economy, for example, has a number of industries, like green energy, that are protected by the state. National players are explicitly supported over foreign competitors. (No wonder complaints lodged with the World Trade Organization–the closest thing the world has to an economic referee–have jumped in the past few years.)

Currency plays a role in the imbalances in the system too. The U.S. runs a trade deficit in part because of the dollar’s role as the global reserve currency. Meanwhile, the Chinese currency has risen and fallen over the years in ways sometimes designed to advantage the country, though not always to prop up exports: the recent rise and fall of China’s renminbi has less to do with a trade war than it has with Chinese investors desperately trying to get their money out of a country they believe is slowing dramatically.

Tariffs–taxes imposed on imports, intended to privilege homemade goods–are not the answer. Though popular on the stump as an easy redress, they penalize all consumers rather than help those who’ve been hurt by foreign competition, studies show.

More-innovative labor policy might help. There’s a growing acknowledgment on both sides of the political aisle in the U.S. that the pain of free trade and globalization for the losers, like Rust Belt manufacturing workers, might be lessened. In Germany, for example, displaced workers are temporarily subsidized while being trained for new jobs.

Conventional economics has long taught that U.S. workers would move into new, more enriching areas of the labor market when jobs in their communities go elsewhere. That was the logic used by numerous presidential administrations when cutting free-trade deals. But as an influential new study by economists David Autor, David Dorn and Gordon Hanson has shown, that’s not always the case. When looking at the effect of the rise of China on American labor from the 1990s onward, they found that “labor-market adjustment to trade shocks is stunningly slow, with local labor-force participation rates remaining depressed and local unemployment rates remaining elevated for a full decade or more after a [trade] shock commences.”

In other words: the gains of free trade do not always outweigh the losses. Other studies have shown that sagging wages in U.S. labor markets exposed to Chinese competition reduced adult earnings by $213 per year. This doesn’t mean we shouldn’t cut smart trade deals, but it does mean that there’s no longer any point in arguing that free trade and globalization are good for all Americans, full stop. There are groups of American workers that suffer because of free trade–and they often suffer for a long time.

$726 billion trade surplus of advanced countries for goods such as cars, chemicals, pharmaceuticals and machinery in 2010

In fact, many lost U.S. jobs aren’t going directly to China to the extent that most Americans think. China has its own economic and political goals, which are centered around creating as many jobs as possible to avoid the social unrest that could lead to a collapse of the communist system.

According to the McKinsey Global Institute (MGI), only around 700,000 of the 6 million manufacturing jobs lost in the U.S. between 2000 and 2010–about one-third of the country’s industrial base–went to China, mostly in “tradable” areas like apparel and electronics. The rest were lost because of decreasing consumer demand post-2008. “Demand just went down the drain,” says Sree Ramaswamy, research director at MGI. That hit industries like auto and white goods–think refrigerators and washing machines–particularly hard. (There has since been some resurgence in those areas; nearly 1 million manufacturing jobs have come back to the U.S. since 2010.)

Demand loss isn’t the only force at work. There have also been technological changes that require fewer employees to accomplish the same amount of work. High-tech robots do the laser cutting or diemaking that human hands used to do–even Chinese hands. (Foxconn, a Chinese manufacturer for Apple, now makes “Foxbot” robots to do Americans’ outsourced work even more cheaply than laborers.) Indeed, the Chinese are losing jobs to humans also, to even cheaper-labor countries. That’s another reason that the debate over trade is changing: much of the low-hanging fruit has been plucked in rich and poor countries alike. That means negotiations in all countries are becoming more nuanced. (Witness all the wrangling over the Trans-Pacific Partnership.) This side effect makes clear that the downsides of trade are a global issue, not just a U.S. one.

Manufacturing is one sector that has been hurt by free trade

U.S. imports from China as a percentage of GDP

U.S. manufacturing as a percentage of total employment

$342 billion trade deficit of advanced countries for labor-intensive goods such as textiles, furniture, toys and apparel in 2010

Do we need a new way of thinking about fair trade?

Global trade has reduced inequality at a worldwide level, but it has played some part in increasing it at a national level. It has also increased the profitability of big firms relative to labor or the public sector, since Fortune 500 corporations can relocate capital and labor to the most economically advantageous places, even as workers struggle to adapt to change.

There’s a growing debate about how to cope with all this. One discussion centers around a reconsideration of the mix of finance and manufacturing in the U.S. economy: namely bolstering the latter but limiting the detrimental economic effects of the former.

There is also a resurgence of interest in what was once called “industrial policy,” which to its champions in the 1990s meant investing in emerging technologies like microchips but to its critics amounted to federal bureaucrats picking winners and losers. A 21st century version might instead look like a national growth and competitiveness strategy that would not only help bolster workers hurt by globalization but also put the U.S. in the best competitive position to advance in high-growth, high-wage strategic sectors like digital technology, clean energy and so on. The fact that the U.S. doesn’t have such a strategy puts it in a singular position globally–which is to say, behind. Most other countries, from Denmark to Singapore, explicitly try to connect capital, labor and economic policy to create higher-paying jobs. This has been done at a regional level in the U.S. (including cities like Columbus, Ohio), and there are some who’d like to see more of it at a national level.

The next U.S. President might also consider putting labor standards and protection higher up the bilateral agenda with China. By putting the conversation about workers on the same level as the one about getting access to Chinese markets for U.S. banks, or protecting Silicon Valley’s intellectual property, America’s next administration could show that the U.S. cares as much about labor as the 1%–a good way to help tamp down the backlash over free trade.

Is there any good news?

There are several valid reasons to hope the future of trade may be more balanced and more local. For one, politicians are talking about the issue. Yes, during a campaign season that talk may be oversimplified or worse. But around the world, policymakers are taking a look at the past few decades of orthodoxy on trade.

More pressingly, the profits and growth of businesses may be at stake. Disasters like the 2013 Rana Plaza factory collapse in Bangladesh have made big companies more wary of outsourcing to far-flung factories. The Internet in general and social media in particular make hiding these kinds of problems from consumers more difficult than ever.

Then there’s the move to a digital economy. Over the past few years global trade has begun to slow down from its usual growth rate. Indeed, trade in goods and services is slowing in every area but the digital economy. The flow of digital information–including e-commerce, videos, intra-company communications and searches–between countries grew by a whopping 45 times between 2005 and 2014, according to MGI. Countries that do more digital trade have higher-than-average economic growth rates.

And globalization itself has evolved. Small businesses, which create the majority of new jobs, are more able to engage in global trade than ever. Eighty-six percent of tech-based startups have cross-border activity, and 360 million people take part in cross-border e-commerce. That paradigm shift could give workers a leg up–assuming they have the skills to thrive. Education reform, rather than trade barriers, currency wars and tariffs, may well be the most important part of fixing trade. 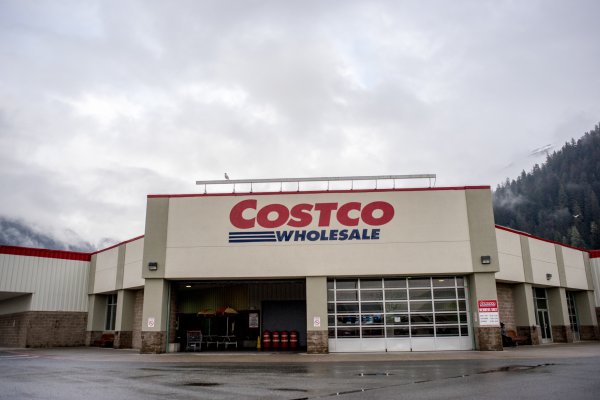 Costco's Generous New Credit Card Will Be a Boon for the Retailer
Next Up: Editor's Pick