Rescuers in the Indian city of Kolkata have all but ruled out finding survivors from an overpass collapse that killed at least 23 people and injured more than 80 others on Thursday.

By midday Friday, 67 survivors had been pulled from the rubble and more than half the debris cleared, police according to police.

“The rescue operation is in its last phase,” S.S. Guleria, deputy inspector general of India’s National Disaster Response Force (NDRF) that was called in soon after the disaster, told the Associated Press. “There is no possibility of finding any person alive.”

He said the workers’ primary focus was now the recovery of dead bodies.

Witnesses told local media that they heard an explosion followed by a crashing sound and a cloud of smoke, with the Indian Express reporting that fuel tanks under the overpass may have caused a fire. Two units of India’s National Disaster Response Force were rushed to the scene, and heavy cranes brought in to try and lift the rubble.

India’s Home Minister Rajnath Singh expressed his condolences to the victims and their families. “Deeply saddened to know that precious lives have been lost in the Kolkata accident,” he tweeted.

Prime Minister Narendra Modi also tweeted a message for the victims, saying he was “shocked and saddened” by the tragedy. Modi also reportedly called West Bengal Chief Minister Mamata Banerjee from Washington D.C. — where he is attending the Nuclear Security Summit — to offer additional support for rescue efforts.

According to the Times of India, construction of the overpass was supposed to have concluded three years ago and has already been delayed six times.

Banerjee was quoted as saying that the private company hired for building it had missed several deadlines since being awarded the contract in 2007. She also blamed the state’s previous communist government for flouting structural norms.

“We completed nearly 70% of the construction work without any mishap,” K.P Rao of the IVRCL Infrastructure company, which was constructing the overpass, told the Associated Press. “We have to go into the details to find out whether the collapse was due to any technical or quality issue.”

Kolkata police have filed a case of culpable homicide against the company, Reuters reports, while police have reportedly arrested several of the firm’s top executives. 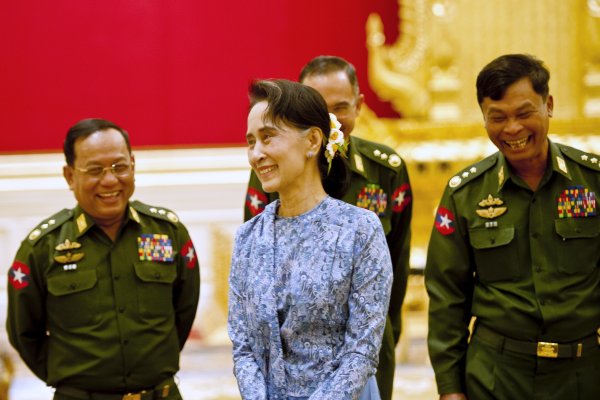