Now that Costco Wholesale has unveiled the details of its new Visa credit card, it’s easy to see why it was eager to end its long-standing exclusive relationship with American Express .

Last year, Costco announced it was ending its 16-year deal with Amex and having Visa handle its credit card network. The move, which goes into effect on June 20, will be a big blow to Amex as it loses business from the millions of customers who patronize the second largest U.S. retailer.

The new credit card, which will be issued by Citi for Costco, will be called “Costco Anywhere Visa Card by Citi” and double as a membership card for Costco shoppers. (American Express Costco cards will automatically be canceled and won’t work at any stores after June 19. Citi will automatically send the card out to Amex Costco cardholders in May.)

It is clear that it is a much more generous program than the Amex card it will soon replace, something Nomura Securities analyst Robert Drbul said would bring in more customers and help Costco stand out from other retailers.

The Citi card will offer Costco members 4% cash back on up to $7,000 spent on gas, compared to 3% back up to $4,000 with Amex. Cardholders will also get 3% back on restaurants and travel, a point higher than with the Amex cards. There is no annual fee but shoppers will need to pay for a $55 annual Costco membership.

“We believe the improved rewards program has strong potential to drive this card to top-of-wallet for many consumers, which should also benefit Costco,” Drbul said in his note.

As Costco looks to fend off Sam’s Club’s efforts to win new business, the new Visa card may offer the discount retailer a helping hand. As Sean McQuay, credit card expert for Nerdwallet, told the Chicago Tribune this week, the Visa card could entice people who aren’t currently Costco shoppers.

According to McQuay, the Costco Visa offers the best cash back rates on gas, restaurants, and travel. And Costco customers tend to be affluent, a highly desirable clientele for credit card companies. The median household income of a Costco member is about $120,000, according to some estimates. 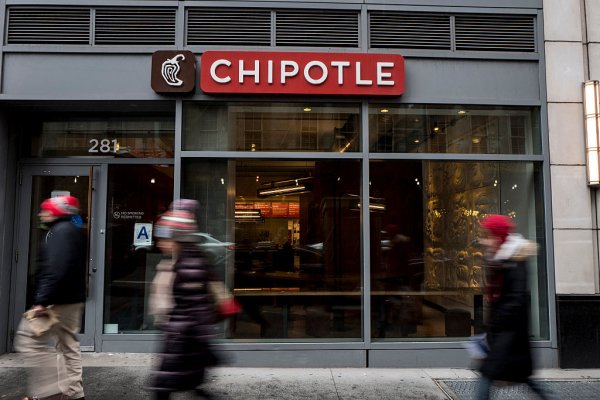 Chipotle Is Thinking About Opening a Burger Chain
Next Up: Editor's Pick