April Fool’s Day 2016 is over, but it’s not too late to enjoy it! Here’s a comprehensive list of all the day’s best pranks.

• The return of Texas currency. The state comptroller’s office “announced” that “redbacks” paper money would be reissued this fall for the first time since the 1840s — and with Willie Nelson’s face on the $10 bill.

• Hulu’s free dating app huludatr, which matches singles based on “compatible viewing preferences” — “what you like to watch, where, and when” — and does “all of the work, so there’s no way you can sabotage your own happiness,” says an ad.

• James Monroe Iglehart, Tony Award-winning star of the Broadway music Aladdin, posed as a wax figure of the Genie at Madame Tussauds New York — and spooked visitors by magically coming alive whenever they tried to take a photo with him.

• A clear, zero-calorie version of Guinness, unveiled by the beer company’s American division.

• Google’s self-driving bicycles in the Netherlands.

• The toaster made by electronics brand Razer — “The world’s first kitchen appliance for gamers: Bread to win.”

• Umbrellas for dogs by ŠKODA UK: “During development, we captured large quantities of British rain and brought it back to our workshop in the Czech Republic before signing the design off,” says a release.

• Virgin Australia‘s “Kids Class” — “the first kids-only aircraft cabin” in which the aisles are giant hopscotch boards and a “customized teddy service” offers young fliers their choice of stuffed animals to cuddle with.

• GQ.com‘s homepage — as if the “G” stands for Seinfeld‘s George Costanza.

• The fashion line inspired by The Golden Girls at Hot Topic.

• Dog bras. Any lingerie dubbed “the Plunge Pawfect Bra” or “the Front-Closure Pawsh-Up Bra” that is described as “Pawfect Fitting” or a “ruff fit” is a gag from the website that sells bras ThirdLove and the petsitting site DogVacay.

• The “Narcotics Detection Rabbit” introduced by The Town of Amherst Police Department.

• The free Hamilton concert in Prospect Park in Brooklyn. The number for the ticket office goes to Donald Trump’s campaign headquarters.

• The room-sharing option at W Hotels, a 75% discount for guests willing to share a room with strangers.

• The Groupon deal for “cat readers,” bookworms who can go to people’s homes and read classic books to their cats. Works of fiction range from simple children’s books like the Cat in the Hat to longer works like Ulysses and Lolita.

• Language-learning app Duolingo‘s $99 French, Spanish, Japanese, and Italian pillows that teach sleepers a language overnight so that people can wake up bilingual.

• This headline: “National Geographic to Stop Publishing Nude Animal Pictures” and its subhed: “The media group says that it will no longer degrade animals by showing photos of them without clothes.”

• The new name for the capital of Alaska. Juneau appears as UNO on the city’s website and social media channels — a gag by Mattel, the company that makes the card game.

• Mike Huckabee’s announcement on FOX Business that he’s jumping back into the race, momentarily shocking anchor Mario Bartiromo: “We’ve used that term carefully, suspend, not end. And as of today, we’re back in. We’re still on the ballot. That announcement will come later this morning.”

• The news that CERN’s Large Hadron Collider will be moved to London’s Royal Albert Hall and that particle collision experiments will be carried out in the hallway. “We’ve played host to everyone from The Beatles to Adele, but what we’ve never had here before is particles. This project will change all that,” says a release. “We were as impressed as anyone when CERN announced that they had found the ‘God particle’, but frankly they don’t seem to have done much since.”

• Facebook founder Mark Zuckerberg’s collaboration with H&M, including a “collection pack” of seven gray t-shirts and one pair of jeans.

• The John Stamos takeover of Netflix — a “Glorified Blockbuster,” as the actor called it in a temper tantrum over the way the streaming site “ridiculed” his brand in a YouTube video that is clearly part of the gag.

• “Mmm Box,” the monthly subscription service from McDonald’s that will deliver a rib sandwich right to your door.

• Rand Paul’s Donald Trump endorsement. He had sent out a series of tweets Thursday teasing a “YUGE” announcement on April 1, and some sounded just like the real estate mogul: “Wow, many many people tell me the announcement is the best announcement anyone has ever seen.”

• “Groovy Maps,” the new name for Google Maps. In the smartphone app, click “Explore around you” and then the “Funky Town: Get on the dance floor” image to see the yellow Pegman dance like a disco star.

• TodayTix’s “Dial-a-Drama” app, in which an operator will fill in theatergoers on what they have missed on stage so far if they’re running late to the show.

• The U.S. Army’s teleportation technology, announced in a press release.

• New words in Oxford Dictionaries, such as:

• London Eye offering top two capsules as penthouse apartments available for purchase that come with “a personal pillow fluffer to ensure their heads really do feel like it’s in the clouds.”

• Feeding stations for dogs and cats that look like the presidential podium, available at Petco.

• Houzz’s new line of home furnishings with “sensors detect dirt, smudges and wrinkles” and “provide honest feedback” regarding decorating in “up to 7 languages,” such as the pillow that barks “fluff me.”

• Big Ben’s sponsorship deal with Pimm’s to display the liquor brand’s logo on the face of the iconic clock tower in London.

Pimm’s unveils the result of an unprecedented sponsorship deal to display its logo on the clock face of Big Ben. Strictly Under Embargo to 00.01 1st April 2016
Pimm's

• Zoosk’s “Burrit-OH!” dating site that matches that “matches singles based on the 32 Ingredients™ of a burrito order,” and factors like whether they both like the “butt” (bottom-end) of a burrito.

• The HomeAway.co.uk listing for the Palace of Westminster’s private chambers.

• Lexus introduces Velcro seats. Drivers must wear a special suit to sit in them: “While all performance cars use seat bolsters to hold a driver in place during aggressive maneuvering, we’re taking it a step further. In this case, the technology we’re employing is actually over 75 years old.”

• Esurance‘s “Election Insurance” plan, which will “protect your home for the next four years while you’re waiting out the next presidential term.”

• Zipcar’s new feature, which uses customers’ selfies to match them with rental cars.

• Metromile’s walking insurance to “cover customers in the event of being caught in an unexpected rainstorm, losing footing, wearing out socks and shoes and more.”

• An app for the gym chain Anytime Fitness that allows people who own fitness equipment to open up their homes to people who don’t belong to a gym.

• Toy version of the Tough Mudder obstacle course called Electroshock Therapy, a “compact and lightweight toy that packs over 20,000 volts of electricity,” allowing thrill-seekers to “train for the obstacle at work, at your home, with your children.”

• Food delivery site Grubhub’s new ride-share service in which customers can hitch a ride with its delivery drivers.

• Dating app from CanvasPop that matches users based on the Facebook photos they chose to turn into prints.

• Shipments of puppies or “hot guys” through Boxed.com.

• An electric canoeing paddle, invented in Ely, Minn.—known for April Fools’ Day pranks like a 2016 Summer Olympics bid and a 2008 warning that Canada was annexing the small town. 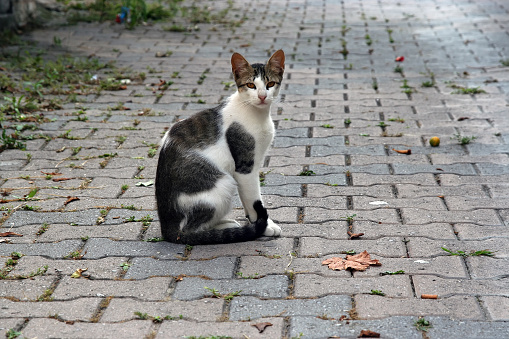 Woman Finds Missing Cat 6 Months After He Was Lost During a Fire
Next Up: Editor's Pick