Many infectious diseases are pretty straightforward: find the bug responsible, whether it’s a bacterium, virus or other pathogen, treat it with drugs, and the infection goes away. But what about when symptoms continue, even after the offending bug is gone?

That’s the case for some people infected with Borrelia burgdorferi, the bacteria responsible for Lyme disease. They continue to complain of fatigue, muscle disorders and cognitive changes even if tests shown no sign of it. Some doctors will continue to treat someone with so-called chronic Lyme with antibiotics, but a new study finds the practice may not help them, adding to an ongoing debate about what to do with people who continue to report symptoms even after a blood test confirms the bacteria is gone.

MORE: A New Cause of Lyme Disease Has Been Discovered

In a report published in the New England Journal of Medicine, scientists led by Dr. Bart Jan Kullberg at Radboud University Medical Center in the Netherlands explored whether people with Lyme who are treated for an additional 12 weeks on antibiotics do better than those who are treated with just the standard two-week antibiotic regimen. Among the 280 people in the trial, there were no significant differences in physical symptoms that the patients reported themselves or on cognitive measures that the researchers tested.

MORE: What You Should Know About Chronic Lyme Disease

“This study demonstrates that prolonged antibiotics may not help if you have symptoms after having had Lyme disease,” says Kullberg.

The study doesn’t address, however, whether the symptoms that some people report even after the Borrelia is gone are related to the Lyme infection or not. About 10% to 20% of people who have been infected continue to feel fatigue and experience neurological symptoms. Doctors can’t explain them, since they can’t find evidence of the bacterium. The Centers for Disease Control has classified these symptoms as Post Treatment Lyme Disease Syndrome, which leaves open the possibility that the symptoms may be caused by something other than the bacteria behind Lyme.

Kullberg says antibiotics aren’t enough to treat these people, and more research is needed to better understand what’s causing their ongoing health issues. “There may be residual damage to the nervous system or to the immune system,” he says. “Or there may be a genetic predisposition to these issues. What this study taught us is that antibiotics do not solve this problem. But I wouldn’t say that this is proof that the symptoms are not related to the prior infection.”

MORE: A Virus Spread by Ticks Could Be More Dangerous Than Lyme Disease

Other Lyme experts agree. “There’s absolutely no reason why antibiotics shouldn’t clear the infection if it’s given at the recommended time and in the recommended doses,” says Philip Baker, executive director of the American Lyme Disease Foundation.

Still, others maintain that current tests for Borrelia aren’t sensitive enough to pick up ongoing infections. Dr. Samuel Shor, associate clinical professor at George Washington University Health Care Sciences, says those people may benefit from continued antibiotics. He notes that the tests look for antibodies to the bacteria, and that the sicker patients are, the less likely they are to have sufficient immune responses against the bug, and therefore they may test negative. “When they say there is no evidence of Borrelia, they’re saying there is no test evidence. On the other hand, there is clinical evidence, which is the patient sitting in front of you with symptoms,” says Shor, who is also president of the International Lyme and Associated Diseases Society, which supports the existence of a chronic Lyme disease condition. “That’s what they are disregarding.”

If a patient continues to experience symptoms after a Lyme infection even after the standard course of antibiotics, Shor will consider extending the drugs for another month. He will continue doing so while monitoring the patient’s symptoms until they start to feel better, sometimes for as long as six months or a year. “I want to get them off antibiotics as soon as I can,” he says. “But if I believe there is an active infection and I have clinical evidence to that effect in my judgment, I don’t want to withhold treatment arbitrarily after three weeks if my patient isn’t feeling better. If I feel that somebody will get better on a certain regimen, I will continue that until they are in remission.”

Baker and Kullberg wouldn’t agree with that strategy, but they do recognize that the patients’ symptoms are real. In their opinion, however, antibiotics won’t address the problem. “There is no doubt that something is bothering these patients,” says Baker, “but I would bet money that it’s not active Lyme disease.” If it’s residual damage to the nervous system from the infection, for example, then antibiotics won’t help the patients but more appropriate therapies, which may involve anti-inflammatory drugs or other agents, might. “It’s time to examine other possibilities,” he says. 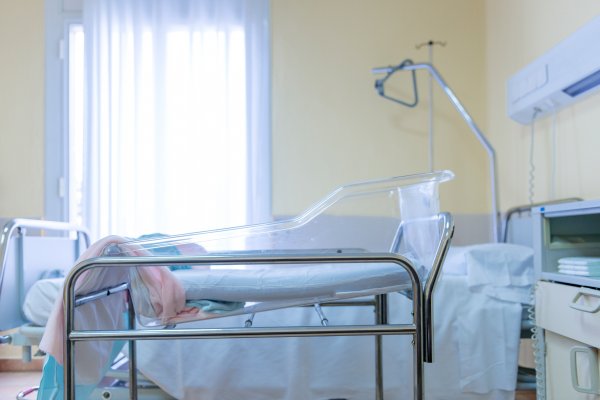 There Is No Reason to Feel Guilty About C-Sections
Next Up: Editor's Pick