Thanks to the overwhelming success of the latest Star Wars installment, The Force Awakens, baby names inspired by the space fantasy series are on the rise once again. Two of the galaxy far, far away’s newest characters have quickly rocketed up the list of trending baby names since the film’s release in December, according to Babycenter.com.

Parents have become fond of naming their newborn girls Rey — after the scavenger played by Daisy Ridley — while little boys are being dubbed Kylo as a nod to Adam Driver’s villainous Kylo Ren. The two names have both spiked in popularity, moving up 82 and 67 percent on the girls’ and boys’ lists, respectively.

“(Rey is) a fierce warrior, a Jedi master. If you’re looking for a strong girl’s name that embodies power but still sounds beautiful, you can’t do much better than Rey,” Linda Murray, Babycenter global editor-in-chief, told Today.com. “I was surprised by the rise in interest in Kylo because the character Kylo Ren is such a negative force, but some parents may be attracted to the power and the darkness in this name.” 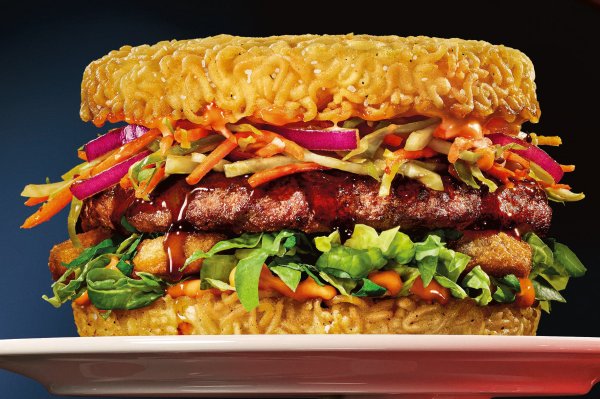 Burger With Ramen Buns Will Soon Be Available Nationwide
Next Up: Editor's Pick