Tuesday night’s episode of James Corden’s Late Late Show was a special one — it aired during primetime, for starters, and centered on Carpool Karaoke, the segment that has brought Corden massive fame particularly after his sketch with Adele went viral.

Jennifer Lopez was the special guest in the passenger seat this week and the pair — now known as J. Lo and J. Co — belted out some of her biggest hits, including “Love Don’t Cost A Thing,” “Booty” and “Jenny From The Block,” as they drove around L.A.

During the ride, the singer-actress dismissed the old rumor that she’d had her butt insured for $1 million, and she told Corden that she’s been proposed to five times. But the high point of the show was when Corden stole J. Lo’s phone and went through her contacts list (she’s in touch with Demi Lovato and Dwayne “The Rock” Johnson) before prank-texting Leonardo DiCaprio.

“Hey baby, I’m kind of feeling like I need to cut loose. Any suggestions? Let me know,” the host wrote from Lopez’s phone.

DiCaprio, apparently none the wiser, got back to them. “You mean tonight, boo boo?” he replied. “Club-wise?” 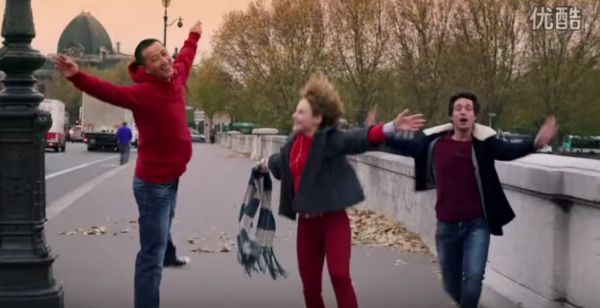 Watch The Trailer for China's 'First Gay Film'
Next Up: Editor's Pick