The Genes for Pot Addiction Have Been Identified

“We were surprised to find a genetic risk overlap between cannabis dependence and major depression,” said senior author Yale psychiatrist Joel Gelernter, MD, in a statement.

In the new research, which was published in JAMA Psychiatry, researchers studied the genes of nearly 15,000 people from three different groups, who were being followed to try to work out the genetics of various types of addiction. Among these groups, between 18% and 36% had cannabis addiction, depending on what the focus of the research was.

(In general, about 10% of marijuana users tend to become addicted to the drug but the samples included high numbers of addicted people in order to increase their chances of finding related genes.)

One of the genes discovered was linked to risk for both depression and marijuana addiction. The existence of such genes could help explain why previous data has been so conflicting: while some studies find that marijuana smoking increases depression risk, others suggest that it does not. However, if certain genes raise risk for both conditions, this could make it look like marijuana addiction causes depression, when in fact, some people at genetic risk for depression are simply more likely to smoke pot excessively, perhaps in an attempt to self-medicate.

This information will be particularly interesting to parents struggling to know how to handle marijuana use by their teenage offspring. Teens who feel socially disconnected are at the highest risk for all types of addictions and research shows that one of the best ways to prevent teen drug problems is to identify such youth early, before they turn to drugs.

The study also found a marijuana addiction gene that was connected with risk for schizophrenia. Researchers have long noted a correlation between marijuana smoking and schizophrenia risk, with studies finding that pot smokers are about twice as likely to have schizophrenia, compared to abstainers.

But here, too, it has been difficult to work out whether marijuana use increases the odds that those who are genetically vulnerable will develop psychotic disorders or whether people who are prone to schizophrenia also prefer to self-medicate with marijuana. This study suggests that genes that raise risk for both may explain part of the connection.

While one of the genes that the study discovered does not have any known functions, another is known to be linked to the regulation of calcium levels. In brain cells, calcium is part of the complex signaling system that allows them to communicate with each other. Previous research has linked calcium regulatory genes not only with risk for schizophrenia and depression, but with autism and attention deficit / hyperactivity disorder (ADHD) risk as well. ADHD is also strongly linked with addiction risk, particularly to marijuana.

A second gene that was discovered was found to be involved in the early development of the nervous system. It helps guide the projections of brain cells to their ultimate destinations, shaping the architecture of the brain. Other variants in this same gene have previously been found to be connected with both marijuana addiction risk and schizophrenia as well.

The findings offer more evidence that addiction is a neurodevelopmental disorder— like ADHD— that results from a complicated interaction between genetics and the social and physical environment over time. 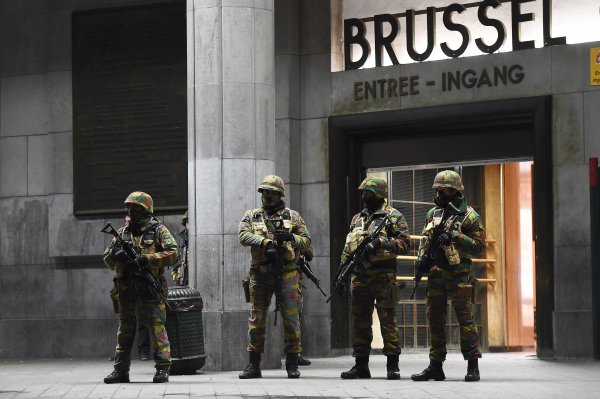 10 Precautions That Can Help Keep Your Family Safe While Traveling Overseas
Next Up: Editor's Pick