Now that the FBI has gained access to the iPhone of the San Bernardino killer and has dropped its effort to force Apple to crack it for them, who won their titanic privacy vs. security fight?

The real winner won’t be clear until the legal battle at the heart of the San Bernardino case is settled: can Apple resist a court order to open an encrypted iPhone under the ancient All Writs Act? That question was obviated by the FBI’s last minute announcement it had cracked the iPhone with the help of a third party. But it is still being tried in more than a dozen cases around the country, most prominently in Brooklyn, where the whole fight began.

Apple had complied with the All Writs Act more than 70 times in recent years, and in some districts Justice Department requests for court-issued orders under the law had become almost routine. But then last October, in a drug case involving an iPhone 5s, a Magistrate Judge in Brooklyn named James Orenstein asked Apple to say whether complying with such an order was “burdensome”.

Once Orenstein suggested it might be, and that Apple might not have to comply, the company started declining to do so. By late February Apple was not complying with All Writs Act orders in more than a dozen cases around the country, including in the case involving the San Bernardino iPhone 5c.

Now that the government has gotten into that phone on its own, the question is whether it will attempt to force Apple to comply with the All Writs Act elsewhere.

Orenstein, an experienced former prosecutor who worked with Supreme Court nominee Merrick Garland on the Oklahoma City bombing case, issued a long, robust order in late February denying the government’s request to force Apple to comply. The Justice Department then asked the district court to overrule Orenstein. Apple has until April 15 to respond.

But going forward with the case in Brooklyn could require the FBI to divulge how it cracked the San Bernardino phone–a judge might want proof the FBI couldn’t get into the Brooklyn phone without Apple’s help. The FBI has declined to say whether it can use the same method it says it used successfully in San Bernardino to crack other Apple phones.

Neither Apple nor the Justice Department will telegraph their next moves—both declined to comment for this story. A law enforcement source says the Justice department intends “to do a full and complete investigation in all of our cases.” Another senior law enforcement official says, “We in law enforcement have been saying for a while now that we need to strike the appropriate balance between privacy and security, where we have a system of strong encryption that allows us to protect our data and our privacy, but also allows some way for law enforcement to go to a judge and get a court order to obtain information that can help us prevent and solve crimes.” 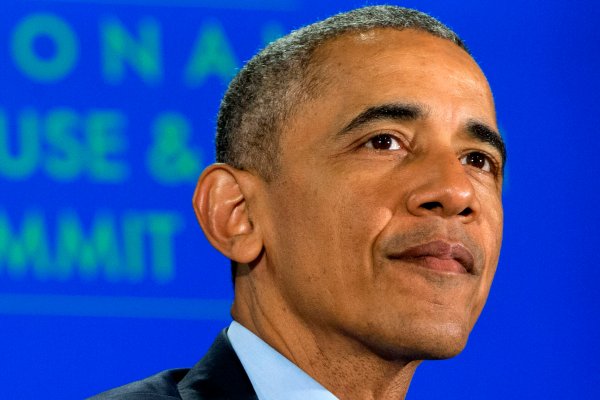 Obama Takes On Drug Crisis
Next Up: Editor's Pick