Here's When Nintendo's First Smartphone Game Arrives in the U.S.

If you were nervous Nintendo’s Miitomo might slip to April, fret no more, because the company just slapped a U.S. launch date on its debut smartphone app. You can download it for iOS or Android devices starting Thursday March 31.

Nintendo calls Miitomo a “free-to-start social experience.” It’s not a game like Super Mario Bros. or Donkey Kong. But it’s game-like nonetheless: a playful social tool that eschews direct communication for indirect information-gathering. Nintendo is employing the “free-to-start” label as a provocative attempt to strip some of what it has described as misinformation from the “free-to-play” tag. (Most free-to-play games are only free up to a point.)

In the app, players create a Mii character and answer questions about themselves, then their Miis quietly exchange some of that information with their friends’ Miis, reporting back with offbeat tidbits, say the weirdest thing someone ever ate, or how they’d spend $10,000 if they had only a day to do so. Nintendo hopes this sparks chitchat around subjects that might otherwise not come up in direct conversation, in turn (and in theory) enhancing our social knowledge of others. Think of it as a kind of ice-breaking experiment, only with charming cartoon-algorithms as the instigators.

Miitomo launched in Japan on March 17, and quickly passed mega-popular chat app Line on the Japanese iOS and Google Play app stores. In just three days, Nintendo says it topped one million users. If you want to preregister, there’s still time to sign up for a Nintendo Account (it’s free) at miitomo.com. 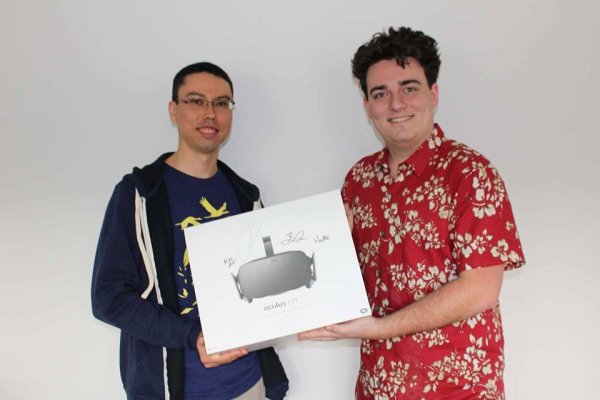 This Virtual Reality Fan Got a Very Special Delivery
Next Up: Editor's Pick