North Korea Tells Citizens to Prepare Themselves for Famine

North Korea instructed the country Monday to brace itself for possible famine and severe economic hardship — but not to despair, because “the road to revolution is long and arduous,” according to an editorial in the state-run newspaper.

The article, published in Rodong Sinmun — the print mouthpiece of the North Korean government — comes less than a month after the U.N. Security Council voted in favor of slapping the Hermit Kingdom with tougher sanctions, after the country teased its potential nuclear and military capabilities earlier this year. The editorial stated that hardships to come might evoke another “arduous march” — the term assigned to the famine that struck the country in the mid-1990s, killing as many as 3 million people, reports the Telegraph, a British newspaper.

“We may have to go on an arduous march, during which we will have to chew the roots of plants once again,” the editorial piece read.

Rodong Sinmun called for a “70-day campaign of loyalty” and reportedly demanded that the North Korean people demonstrate their allegiance to Supreme Leader Kim Jong Un. To that end, the country is requiring all residents of Pyongyang, North Korea’s capital city, to deliver about 2 lb. of rice to state warehouses each month.

The Telegraph reports that the country has also requested nearly half a million tons of food aid from other countries. As of last month, however, only 17,600 tons had arrived. 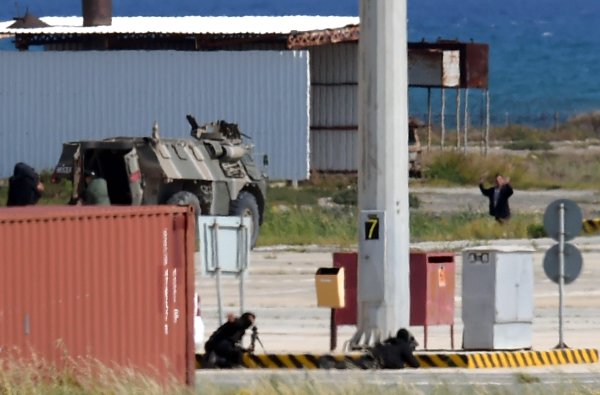 EgyptAir Hijacker Arrested in Cyprus After Standoff
Next Up: Editor's Pick